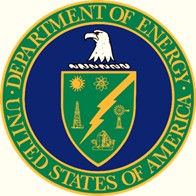 Fig.1 Seal of the U.S. Department of Energy 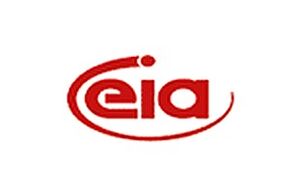 The Department of Energy[1] was established on October 1, 1977, from the Department of Energy Organization Act (PL 95-9 1);[2] Section 205 had sanctioned the constitution of the Energy Information Administration.[3] This was aimed at organizing the national collection and analyzing energy data and information relevant to resources, reserves, production, demand, and technology, including the qualitative and quantitative level of natural resources necessary to meet in short and medium term the need of the nation (FIG.1-2).

The EIA was not the first agency in charge of collecting energy-related information; however, its creation led to convergence of tasks in one single public entity which were previously assigned to different, uncoordinated offices. The EIA had to answer the need for objective, verifiable and credible energy information. To achieve that, it was granted wide autonomy in data and information collection and reporting. This served to support the activities of all the DOE offices and other government agencies. The EIA's statute also included the preparation of verified and understandable energy information for the wide public. Information collected by the EIA was cataloged and, upon request, any information was promptly made available in a form and easily consumed by the public.

During the summer of 1977, about 25% of EIA personnel were expected to work in the Bureau of Energy Data Validation. The general role of OEIV was to check into the deliverables produced by the EIA through assessing their quality and seeking to identify margins for improvements. This project reflected the general disappointment matured about the credibility of past energy statistics. Eventually, this office was given the name of the Office of Energy Information Validation (OEIV) and in the 1990s consisted of one-eighth of the workers in the agency.

The four focus areas of the EIA[edit | edit source]

The EIA operated under the principle that data and information[4] are two different things. Complex questions often cannot be answered directly with single pieces of data; there is no doubt that the analysis and transformation of factual data is a necessary step toward usable information. The serious treatment of real questions requires thoughtful recourse to many pieces of information refined through the analysis and transformation of datasets.

Analytic studies and forecasts were acknowledged as a useful tool to people and firms in the private sector and engaged in business planning. Another purpose of the EIA’s analysis and forecasting activity was to provide base cases and insights for regulatory and policy analyses done in the Department of Energy and other government offices.

The EIA always emphasized indications on the uncertainty attached to each of its forecasts. The main method has been sensitivity analysis,[5] ranging not over the policy variables but also on other variables that strongly affect outcomes, such as world price of oil, volume of undiscovered petroleum resources in the United States, or predicted rates of economic growth. Although there is no known "best" method for assessing the uncertainty of forecasts (except in the very simplest cases) further improvement came with practice. The EIA's uncertainty idea resumed in two concepts. The first grew out of the fact that forecasts are never accurate, but rather useful to gauge risks. Furthermore, the clear indication of a plausible margin of error is necessary give meaning to the forecast. The second concept was that uncertainty belongs to the policy or decision maker, and not to the analyst. Decision makers and policy makers do not tolerate range estimations; on the other hand, it was recorded that after three years of activity, the fair and motivated EIA estimations of uncertainty received acceptance and occasionally even appreciation from those users.

The Office of Energy Information Validation oversaw the quality control process about data systems, forecasting models, and publication series. This task demanded close contact between the OEIV employees and the people conducting research and writing. Quality validation in a given program is the responsibility of those charged with the execution of that program; they had not only the responsibility, but also the closest knowledge of the programs.

The close involvement of external members from the OEIV was an important added value for three main reasons. First, the priorities for quality improvement were set differently, because inside every program there are always deadlines to meet, impulses towards growth and extension, situational constraints, which affect the timing and level of effort. On the other hand, in an independent office, the quality assessment and improvement could be set with a focus on less local objectives and constraints.

Secondly, a separate functional unit could develop a body of experience and knowledge of usual problems and solutions that are frequently transferable to new problems. This is central to building expertise and achieve quality improvement.

Last, the independent reviewer (an analyst) often brings a fresh outlook so that the resources brought to bear on quality questions are larger, comprising of both the understanding of the operators who are continuously involved and the contributions of external professionals coming from the independent office. The validation of a data system comprises a thorough review of several matters:

To achieve effective validation the OEIV officers realized the need for interact with respondents and talk with the accountants, dispatchers, and supervisors who cope with the reporting at mines, refineries, tank farms, gas utilities, and pipelines. They must visit the EIA personnel who enter the data, conduct nonresponse follow-up, and write the publications, and also visit those who supervise these activities. Another lesson they learned is that the individual data-collection form is not ordinarily the appropriate unit of a validation study, but it is much better to operate with groups of related forms.

Diffusion of information to the public[edit | edit source]

The fourth main activity of the operational program of EIA is the diffusion of the information generated and delivering the in-house publications listed in the EIA Publications Directory.[6] In addition to publication, the EIA distributed information by means of computer tape[7] under the provisions of the Freedom of Information Act.[8] The EIA served the people and organizations who wanted to use official statistics about energy production, distribution, costs, and use. The potential audience included government, industry, academia, teachers, students, and concerned citizen. Quality of style and format, clarity, readability, expeditious production and mailing were all central added value of the publications.

In 1977, the National Research Council (NRC)[9] authored the study Energy Consumption Measurement (FIG. 3). This work represented a point of reference for the EIA research program. NRC and EIA had in the following years successful collaborations. Since 1979, the EIA was also invited to serve in the Committee on Energy Statistics of the American Statistical Association.[10] The EIA was also responsible to run workshops and meetings attended by prominent academic and practitioners, to take in account and analyze data related to coal reserves, energy modeling and forecasting; last, the measuring of petroleum reserves.

Another of the earliest and most important services completed by the EIA was the Energy Policy Study, initiated by a request from the Subcommittee on Energy and Power of the US House of Representatives.[11] It was the most ambitious and comprehensive analysis done by EIA. Because of the importance and complexity of the subject, a panel of distinguished economists and energy analysts was assembled to provide advice about the methods, assumptions, and organization of the study. This panel met four times during the course of its work, reviewed early drafts, and provided valuable and insightful comments. It was very appreciated and it pioneered a joint examination of many Government energy programs.

Already in its first years of activity, the EIA became aware of the need for deeper knowledge on petrochemical industry[12] since the data collections inherited by EIA from previous agencies offered just fragmented news on petrochemicals. The industry was involved both in the demand for energy and as a supplier of some energy products. As petrochemicals were increasing share of energy production, it became clear the importance of collecting data on the energy embodied in those products.

Another informational lack in the petroleum picture relates to the last phase of downstream: marketing and retailing. It was notice that was hardly possible to track reliably the entities through which petroleum products pass on their way to the end user, nor estimate the costs imposed at various levels. With the ending of petroleum price controls now at hand, consideration should be given to the efforts that may be appropriate in addressing these needs.

More information was also needed about the energy that was produced but not entering in the market. An example was the volume of energy produced from wood waste and consumed by the lumber and paper industries. The EIA in the early 1980s estimated that approximately one fourth of this energy was not captured in the official statistics.

Other growing components that needed to be accounted for are the off-grid power generation: household use of wood as a fuel, energy produced and consumed by large establishments from biomass, wind, and hydropower. In the view of the EIA's directors, a heterogeneous and all-encompassing energy information set could give large returns if cultivated is the study of attitudes of householders and small businesses when framed into different modes of investment in increasing energy-use efficiency. It was understood that the increased knowledge of values, motivations, desires, beliefs, and misgivings of individuals could be instrumental for the improvement of existing (and the drafting of new) energy policies.

Retrieved from "https://ethw.org/w/index.php?title=Energy_Information_Administration&oldid=185977"
Categories:
This page was last edited on 13 August 2021, at 19:34.
About ETHW
Policies and disclaimers