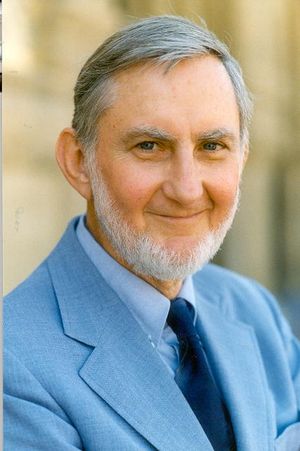 Edward J. McCluskey provided the foundation for the design automation methods that make production of today’s complex computer chips possible. Credited with helping bridge the gap between computer science and electrical engineering to establish computer engineering as a discipline of its own, Dr. McCluskey has contributed techniques and concepts essential to computer design, testing, and reliability for over 50 years. He developed the Quine-McCluskey algorithm as the first systematic method to create a minimized two-level logic representation of a digital circuit. Computer scientists and engineers learn this algorithm as the foundation for logic optimization. It continues to be used in numerous design automation tools and has influenced practically all digital chips in use today. Dr. McCluskey also developed the modern theory of hazards in logic networks and formulated the operating modes of sequential circuits, which defined techniques for designing high-speed circuits. Dr. McCluskey was also an early pioneer of digital testing methods, and his vision continues to impact the field. He demonstrated that test metrics rather than fault models were the key to obtaining high test quality, which helped change the way digital testing is conducted. He formulated the concept of algebraic properties of fault models and developed methods using the concept to reduce test sets. This work has been incorporated into today’s automatic test pattern generation and fault simulation tools. Dr. McCluskey also developed very low-voltage testing as a cost-effective alternative to burn-in methods for detecting weak chips. Dr. McCluskey has also made important contributions to fault-tolerant computing for applications where failure is not an option.

Dr. McCluskey is an IEEE Life Fellow. In 2012 he received the IEEE John von Neumann Medal “For fundamental contributions that shaped the design and testing of digital systems.” He is Professor Emeritus of the departments of Electrical Engineering and Computer Science at Stanford University, Calif.

Retrieved from "https://ethw.org/w/index.php?title=Edward_McCluskey&oldid=145647"
Categories:
This page was last edited on 22 January 2016, at 16:54.
About ETHW
Policies and disclaimers