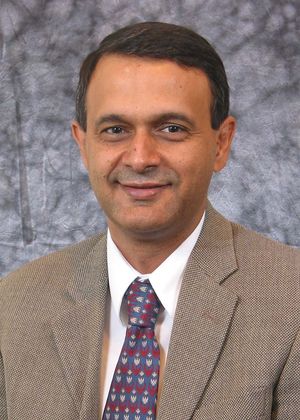 Dr. Deepakraj M. Divan is known for his seminal work in soft switching power conversion and the ability to take from the laboratory to the marketplace new technologies that protect equipment against power disturbances.

In 1995, while chairman and chief executive officer of Soft Switching Technologies in Middleton, Wisconsin, Dr. Divan created a switching technology that led to a new breed of power quality products – an electronic, uninterruptible power supply for industrial plants. The Dynamic Sag Corrector addressed the issue responsible for “blips” or voltage sags that last less than two seconds and are responsible for 96% of all power problems.

Today, more than 2,000 such systems are installed in the semiconductor, automotive and food processing industries to protect sensitive industrial automation equipment.

In addition, he developed the only public-domain power monitoring network in the United States. Called I-Grid, this Internet-based system monitors power quality at industrial and utility facilities nationwide. With more than a thousand monitors connected to the Internet, I-Grid provides a detailed, objective and time-stamped analysis of the entire power grid never before available. I-Grid data allows utilities to demonstrate the occurrence of widespread power quality events – even if the source is hundreds of miles away. I-Grid data also helps manufacturers diagnose unsolved downtime events.

Dr. Divan is currently a professor at the Georgia Institute of Technology and the founder of Georgia Tech’s Intelligent Power Infrastructure Consortium, where he is responsible for a research and teaching program focused on integrating power electronics, power systems and controls technology to create a smart grid. He is also Chairman and Co-Founder of Innovolt Inc., a Georgia Tech Venture Labs company that has developed the next generation of surge protection product. The current-in rush voltage surge suppressor, or CVSS, protects electronics equipment from both voltage surges and current surges that accompany voltage sags.

Previously, from 1985-95, he was a professor in the Department of Electrical and Computer Engineering at the University of Wisconsin-Madison. Dr. Divan also served as associate director of the Wisconsin Electric Machines and Power Electronics Consortium, the first university-industry consortium at the university, which he helped expand to 60 industrial partners.

An IEEE Fellow, Dr. Divan has received the IEEE William E. Newell Award (2006) and served as a Distinguished Lecturer for the IEEE Industry Applications Society. He is the recipient of the IEEE Power Electronics Specialists Conference Best Prize Paper Award and the IEEE Transactions on Industry Applications Best Paper Award. Dr. Divan has published over 200 technical papers and has been granted 32 patents.

He has a Bachelor of Technology degree from the Indian Institute of Technology in Kanpur, India, and masters and doctoral degrees from the University of Calgary in Canada, both in electrical engineering.

Retrieved from "https://ethw.org/w/index.php?title=Deepakraj_Divan&oldid=145566"
Categories:
This page was last edited on 21 January 2016, at 16:56.
About ETHW
Policies and disclaimers