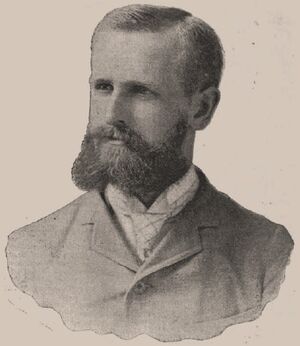 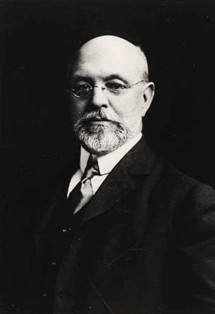 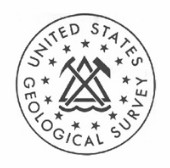 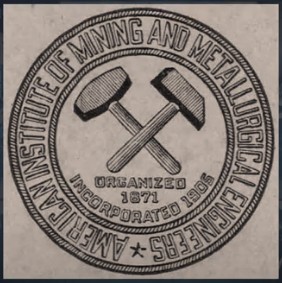 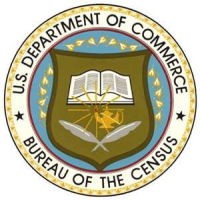 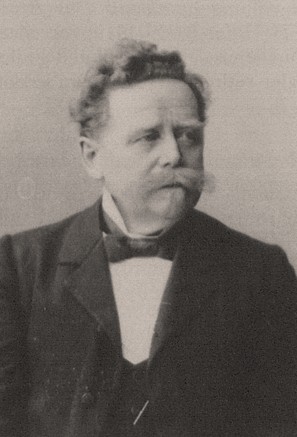 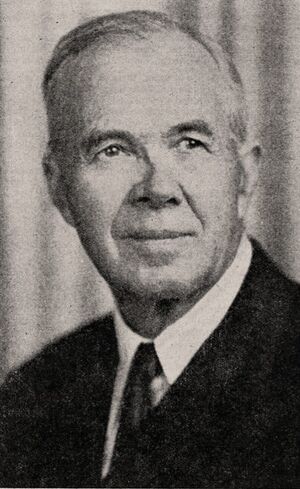 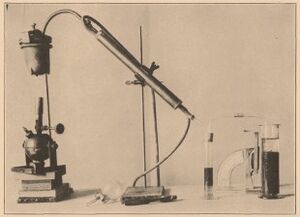 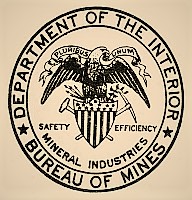 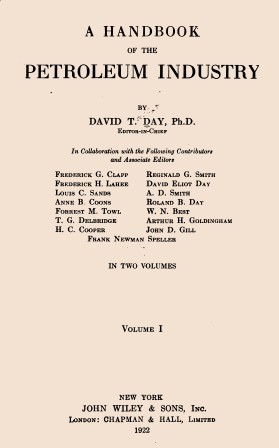 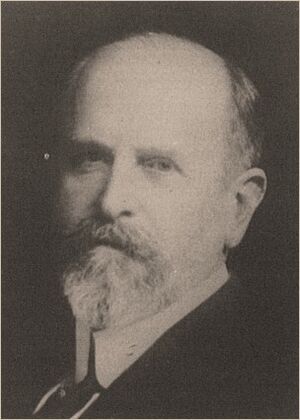 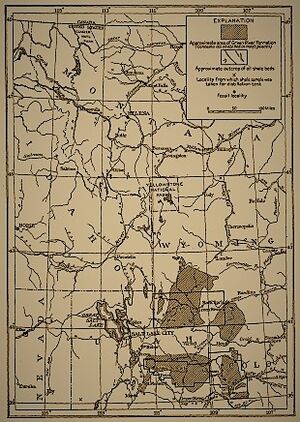 Fig. 12 Map of the oil-shale fields in the Rocky Mountain region

David Talbot Day was born on September 10th, 1859 in Rockport, OH (modern-day, Lakewood), to Willard Gibson and Caroline Cathcart Day. The family moved to Baltimore when he was 13 and attended grammar school there (Fig. 1). In 1877, Day was admitted to the Johns Hopkins University, and graduated in 1881 with a Bachelor of Arts in chemistry and in 1884 received his Ph.D. in chemistry under the mentoring of Professor Ira Remsen[1] (1846-1927) (Fig. 2). The same year Day was hired at the University of Maryland and served for two years as a demonstrator of chemistry. [2]

1886 was a turning point in his personal and professional life. At the beginning of the year, he married Elizabeth Eliot Keeler, of Mayport, Florida; got hired at the United States Geological Survey[3] in the capacity of full-time associate and moved to Washington D.C. (Fig. 3). Shortly after he succeed his mentor at the USGS, Albert Williams, Jr and got appointed Chief of the USGS Mining Statistic and Technology Division, which few years later merged into the Division of Mineral Resources. In 1887, Day joined the American Institute of Mining, Metallurgical Engineers (AIME), the most relevant engineering professional society, of which he held the presidency in 1893 and 1900 (Fig. 4).

Since 1879, the date of its establishment by Congress decree, the USGS was in charge of exploring mineral resources and editing statistics on the mineral and mining industries. Day put a great commitment and method into the statistical work, soon gaining a brilliant reputation: he mastered the practice of data collection and processing into deliverable and ready to use information on mineral resources reserves and production of the United States. He was often seconded by Edward Wheeler Parker, an expert in coal industry,[4] with which he achieved important and long lasting quality standards for statistical reports.

The exponential increase in production of petroleum and natural gas in the U.S. resulted in an intensive involvement of the USGS into that sector, and David Talbot Day was put in charge for petroleum-related matters. He received further acknowledgement of his skills in 1889 when upon the organization of the Census Bureau[5] for 1890 was nominated special agent in charge of the Division of Mines and Mining (Fig. 5).

In the 1890s, Day diversified his research into other aspects of petroleum science. Going beyond chemistry and statistics, he approached the ongoing debate on theories concerning the origin of petroleum. The main organic theory discussed at that time was the one proposed by the German Carl Oswald Viktor Engler, who sustained that under the action of high heat and pressure the oleaginous portion of animal organisms was “cooked” and then deposited by ascending at different levels (Fig. 6).

Day envisioned another mechanism of deposition: he assumed that the filtration mechanism was the most likely reason for the migration of matured kerogen[6] through several strata. The heavier fractions of petroleum were refrained by the same strata (on a different extent depending by the rocks) that, at the same time, favored the descent and the accumulation of the lighter fractions of petroleum closer to the surface. In light of that, this filtration hypothesis could successfully explain why petroleum reservoirs closer to the surface are lighter than the ones entrapped in lower layers. On February 5, 1897, Day presented his findings for the first time at the meeting of the American Philosophical Society in Washington, D.C. Later in 1900, he presented his ideas at the First International Petroleum Congress, held in Paris between August 16 and 28.

Day continued his research with Joseph Elliott Gilpin (1866-1924), professor at the John Hopkins University, and presented two further summaries: a lecture at the 1903 meeting of the Geological Society of Washington[7] and a journal article published in 1911.

After 28 years of distinguished service, Day resigned from his position at the USGS in 1907 to pursue a consulting chemist career in oil shale production and refining. However, he continued to collaborate with the Survey as an affiliate expert on petroleum matters, and in 1907-1909 he represented the USGS at the International Commission for Petroleum Tests.

Day was convinced that the United States had the potential to establish a cost effective production of petroleum and derivates from the oil shales - a sector that was struggling to emerge because the predominance of petroleum and coal - and decided to dedicate his know-how in this new scientific challenge. Together with Elmer Grant Woodruff and sponsored by the USGS Day made successful surveys and field tests in the oil shale beds of northwestern Colorado and northeastern Utah (Fig. 7 & Fig. 8).

In 1914, Day’s work was closer to oil shale technology development than to its geology. In light of that, he decided to conclude his affiliation with the USGS, and opted to undertake a position of consulting chemist the U.S. Bureau of Mines (Fig. 9). Eventually, in 1920, he resigned from the Bureau to devote his research exclusively to experimental work on the distillation of oil shale. Day built his own laboratory in Santa Maria, California, a place with easy access to petroleum fields and deposits of oil shale. In this facility he erected a distilling plant for oil shale to run experiments which confirmed his belief that shales could be utilized in a commercial way for the production of gasoline and other products. In the last years of his life, Day studied also cracking processes for converting the heavier petroleum into gasoline. That triggered his interest toward the Mexican petroleum fields, which produced mostly heavy crude processed in large part in the U.S. refineries of Texas.

In 1922 he published the Handbook of the Petroleum Industry in two volumes. This is a comprehensive technical manual and compendium of his experience in the industry (Fig. 10), which became a standard reference for scholars and practitioners in petroleum science and technology.

David Talbot Day passed away suddenly from a heart attack while visiting a friend in Washington, D. C., on April 15th, 1925, aged 66. He was survived by his wife, daughter, and son David Eliot Day, petroleum engineer in Los Angeles (Fig. 11).

Historiography mainly celebrates Day for his benchmark contributions to petroleum statistics and geological reference works, but that represents just a portion of his career. He was a primarily a chemist who specialized in minerals that matured into a deep overview and understanding of the national energy resources due to his managerial appointment at the USGS. Day’s positive assessment on the value and relevance of oil shale contributed to a source of future supplies for the country that the U.S. Geological Survey implemented a massive campaign of mapping and study on the largest oil shale deposits in the United States (Fig. 12). Lastly, Day had also an important role in the Government decision to create the petroleum and oil-shale reserves for the exclusive use and owned by the U.S. Navy.

Day, David Talbot. 1897. “A Suggestion as to the Origin of Pennsylvania Petroleum”. Proceedings of the American Philosophical Society of Philadelphia, vol. XXXVI, no. 154: 112-115.

Day, David Talbot. 1911. “The Conditions of Accumulation of Petroleum in the Earth”. Transaction of the American Institution of Mining and Metallurgical Engineers 44: 219-224.

Day, David Talbot. 1911. “The Conditions of Accumulation of Petroleum in the Earth.” Transaction of the American Institution of Mining and Metallurgical Engineers 44: 219-224.

Retrieved from "https://ethw.org/w/index.php?title=David_Talbot_Day&oldid=185973"
Categories:
This page was last edited on 13 August 2021, at 19:30.
About ETHW
Policies and disclaimers