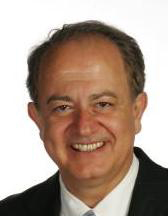 Dramatically transforming media delivery, Chrysostomos L. (Max) Nikias blended cinematic arts and engineering to develop an integrated media approach. Establishing the University of Southern California’s (USC) Integrated Media Systems Center, Dr. Nikias brought experts in the cinematic, performing and musical arts together with leaders in computer science and engineering to develop new tools for creating entertainment media. Dr. Nikias, currently provost and senior vice president for academic affairs at USC, has spent most of his 26-year career in academics. He established new academic programs at both the undergraduate and graduate levels, and instituted a community-outreach education program that trains at-risk youths in the Los Angeles area and places them in the entertainment industry. Dr. Nikias has served as a consultant to the U.S. government, holding a high-level security clearance for 15 years. His signal processing patents have been adopted by the U.S. Navy in sonar, radar, and mobile communication systems.

Dr. Nikias is a member of the National Academy of Engineering. He is also an IEEE Fellow and has authored or co-authored more than 95 peer-reviewed journal articles, 180 refereed conference papers and three textbooks. Two of his works have received “best paper” awards from the IEEE, and he also was awarded the Presidential Medallion in the Sciences from the Republic of Cyprus. He holds a bachelor’s degree in electrical and mechanical engineering from the National Technical University of Athens, Greece, as well as a master’s degree and doctorate in electrical engineering from the State University of New York at Buffalo.

Retrieved from "https://ethw.org/w/index.php?title=Chrysostomos_L._Nikias&oldid=148113"
Categories:
This page was last edited on 31 March 2016, at 16:06.
About ETHW
Policies and disclaimers