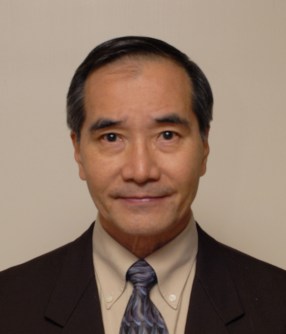 Burn J. Lin is recognized as a technical leader in the semiconductor manufacturing industry and most responsible for 193-nm immersion lithography. In 2002, Dr. Lin proposed immersion lithography, which is a resolution-enhancement process that replaces the air gap between the lens and the wafer surface with a liquid medium, such as purified water. Through Dr. Lin’s perseverance in convincing the industry that a change was needed, immersion lithography was adopted, and manufacturing of 45-nm feature sizes and smaller have become possible.

He has continued the cause for immersion lithography with groundbreaking papers that have mapped out scaling laws for super-high numerical aperture immersion optics, and he has led the development of defect-reduction methods to address concerns regarding the technology. As a result, immersion lithography has quickly become a manufacturing technology in just a few years.

Dr. Lin is an IEEE Life Fellow and 2013 winner of the IEEE Jun-ichi Nishizawa Medal for "contributions to lithographic manufacturing, including immersion lithography." He is currently the senior director of the Nanopatterning Technology Division at TSMC, Ltd., the world’s largest silicon foundry.

Retrieved from "https://ethw.org/w/index.php?title=Burn_Jeng_Lin&oldid=145405"
Categories:
This page was last edited on 19 January 2016, at 19:36.
About ETHW
Policies and disclaimers