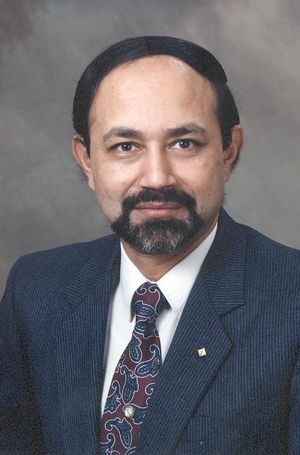 Dr. B. Jayant Baliga was born in Madras, India, and received his B. Tech. degree in electrical engineering from the Indian Institute of Technology, Madras, in 1969. He received the M.S. and Ph.D degrees from Rensselaer Polytechnic Institute in 1971 and 1974.

From 1974 to 1988 Baliga was a member of the General Electric Corporate Research and Development Center, Schnectady, NY, where he was Manager of the High Voltage Device and IC programs. At GE he originated the concept of functional integration of MOS and bipolar physics for power devices. One of his inventions, the insulated gate bipolar transistor (IGBT), is under world-wide production for power electronics applications. He also pioneered the concept of merging of PIN and Schottky physics for improving power rectifier performance. In 1979 he developed a figure of merit for evaluating semiconductor materials for power devices which demonstrated the significant promise of gallium arsenide, silicon carbide and diamond films for power devices, leading to a new field of research for these materials.

In 1988 Dr. Baliga joined the faculty of North Carolina State University to continue his research in power semiconductor technology and create the Power Semiconductor Research Center. Dr. Baliga is a IEEE Fellow, 1999 recipient of the IEEE Lamme Medal, 1993 recipient of the Morris N. Liebmann Memorial Award, and recipient of the 2014 IEEE Medal of Honor. He is recognized for development and commercialization of the Insulated Gate Bipolar Transistor and other power semiconductor devices that are extensively used in transportation, lighting, medicine, defense, and renewable energy generation systems. He is currently a Distinguished University Professor at North Carolina State University.