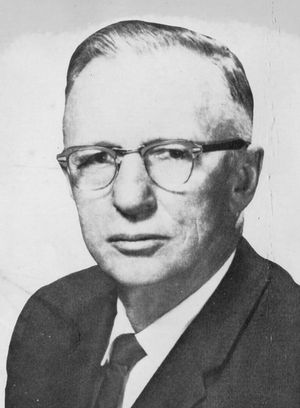 Dr. Astin was Director of the National Bureau of Standards for 17 years, and retired on August 31, 1969, after 37 years of Government service; all at NBS. His tenure was marked by exceptional leadership of the Bureau during a critical period of its 69 year history. His dedication to competence and integrity, coupled with a concerted effort to better understand, extend, and refine a national system of physical measurement, brought about the broad recognition of precision measurement as a major factor in economic growth and technological supremacy. As a scientific administrator his emphasis on the importance of a high level of performance in Government laboratories has helped in increased understanding and participation for the significant role of the professional scientist and engineer in Government.

At the time of Dr. Astin's appointment, the work of the Bureau was severely hampered by overcrowded and inadequate facilities. Accordingly, in 1955 he began the planning for what has become a complex of modern functional laboratories on a 570-acre site near Gaithersburg, Maryland. These new quarters constitute a unique central research facility available to other Government agencies and to the scientific and industrial communities.

Dr. Astin played a strong and vigorous role in bringing about international agreements and cooperation relating to units and standards for physical measurement and took a leading part in efforts resulting in the adoption of an atomic standard for length, a step essential in modern scientific and technological measurements.

He was a member of the National Academy of Sciences and numerous technical societies and was a Fellow of the American Physical Society, the IEEE, and the AAAS. He has honorary lifetime membership in ISA, SES, ADA, and ASHRAE.

He and Mrs. Astin, formerly Margaret Mackenzie (a newspaper reporter) resided in Bethesda, Maryland. They had two sons. John was an actor and writer living in Los Angeles and Alexander, with a Ph.D. in Psychology and specializing in education, resides in Chevy Chase, Maryland. The Astins hadfive grandsons. Dr. Astin spent his leisure time gardening; specializing in roses.

Retrieved from "https://ethw.org/w/index.php?title=Allen_V._Astin&oldid=172271"
Categories:
This page was last edited on 4 January 2019, at 20:04.
About ETHW
Policies and disclaimers