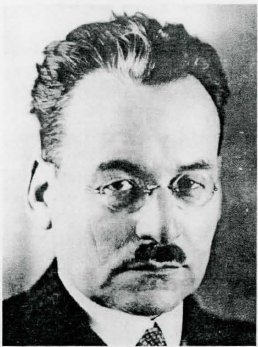 In 1907 he moved to Telefunken in Berlin and devoted himself in the following years, alongside many of his peers, to solving problems in engineering, especially the development of new physical facilities. He was the mediator between the professionals trained as mechanical engineers, a majority of the profession, and the minority of scientists, and was described by the technical director, Count von Arco, as being the chief engineer and physicist. He recognized that his strength was in this position and that it was his imagination which enabled him to develop in the cultivating products from physics laboratories into future components of growing communications technologies. In 1912 a number of patents were acquired by a consortium consisting of AEG, Siemens & Halske, Telefunken and Feiten & Guilleaume. Meissner however needed a receiver for the telegraph's receipt of the new machine transmitters with their undamped waves in the detector receiver as opposed to the previously used "sounding" sparks, as there were no audible tones.

Although RA Fessenden had found in America the overlay (heterodyne) principle, it was technically impossible to establish a high-frequency machine with a constant speed to a receiver where the superposition of its multiplied frequency so a sufficiently synchronous sound with the correct frequency could revealed. Meissner worked on this issue by feedback; he made a high-frequency generator from the Telephony amplifier and offered an vacuum tube as a substitute for a good high-frequency machine. His success proved him right, and his idea initiated the advent of electron tube with transmitters and receivers.

First, however, the high frequency machine was still the right device for the transmitter, since the transmission power of large tubes could not be rendered, which were otherwise sufficient for a receiver in the smallest benefits for superposition. Thus his "silent" box with the glowing tubes and a couple of coils and capacitors was significantly more useful and easier to handle than the "noisy" machine. It could also change the frequency and tune the receiver in a wide range of wavelengths not previously possible. This new opportunity revolutionized first the reception process in that you could now the take advantage of the undamped wave, which allows fine tuning, and suppresses atmospheric disturbances.

This solution he found in 1913 was known as "Meissner patent". He managed not only to create a single tube, the Überlagerungsfreqeuenz, but at the same time reinforced the reception frequency and the mixed product rectifier. This "voice Audion" exceeded all others in known receiver sensitivity. Also, the two-time overlay, doubled the frequency conversion in the receiver and the damping reduction of adjustable resonant circuits before using the vibration feedback circuit invented by him.

In connection with this work he realized that you can not only generate more constant vibration, but also those of very high frequency of the feedback circuit, and so he has paved the way for the development of the short-wave band. He was the first to employ a tube for currents connected to the grid of a cathode for speech, and thus laid the foundations for the radio.

In other areas of work, he was successful. Even before the invention of the feedback principle, in 1911 he designed a "Telefunken compass," the first rotating beacon with North ID and rotating beacon, which was used for the navigation of Zeppelin airships. He also developed an auxiliary spark gap where the frequency and amplitude of the "sounding" radio Uniform. Strong attention he found through successful tests with aircraft, trench and car antennas, especially with short-wave directional antennas. Thorough investigations led him to design principles for long-wave antennas. He worked on the decoupling of adjacent antennas, removing its machinery, and occurring during the transmission of top and side waves, and finally studied the short-wave propagation of large parabolic antennas, where the horizontal dipole antenna was used as a new element for the first time. He also encouraged the development of shrinkage-reducing λ / 2 antenna, which is extremely efficient for broadcasting. Towards the end of the 1920s he extensively studied the frequency stabilization by crystal oscillators, as with the use of ever higher transmission frequencies, the importance of frequency stability constantly increased. He also realized at that time the crystalline quartz was excellent electrical insulator with good thermal conductivity. These preferably are important for the power engineering studies led him in 1930 to the Research Institute of AEG, where he remained until the war ended. There, his work led to the development of silicones. He also found new speaker systems using crystals of La Rochelle salts.

Meissner had numerous publications on the phenomenon of piezo-and pyro-electricity, via shortwave technology and manufacturing copper-and space-efficient high-voltage machines and the application of more than 200 patents, which characterizes the diversity of his scientific and technical interests.

Retrieved from "https://ethw.org/w/index.php?title=Alexander_Meissner&oldid=145187"
Categories:
This page was last edited on 13 January 2016, at 17:57.
About ETHW
Policies and disclaimers