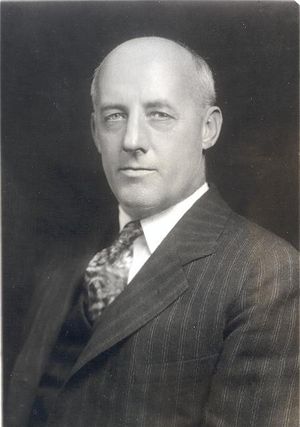 Alexander M. MacCutcheon, Engineering Vice-president of The Reliance Electric and Engineering Company of Cleveland, Ohio, was born at Stockport, New York, December 31, 1881. He was graduated from the Albany State Normal College in 1901, and taught mathematics and science in high schools until 1904, when he entered Columbia University. He was graduated in electrical engineering in 1908.

While employed by the Crocker-Wheeler Company, 1909-1914, he was successively in charge of engineering estimates, all estimates and proposals, and the drafting room, and also spent several months on alternator design. In 1914, he took charge of all new design work for the Reliance Electric and Engineering Company. He was appointed Chief Engineer in 1917, and in the fall of that year entered the U.S. Navy. At the time of his release in 1919 he was lieutenant in charge of fire control on the U.S.S. Louisiana. After returning to his former position early in 1919, he was elected a Director of the Company in 1920 and appointed Vice-president in Charge of Engineering in 1923.

He has been chairman of the Standards Committee and General Power Applications Committee. At various times he has held membership on the following additional committees: Applications to Iron and Steel Production, Electric Welding Membership, Technical Program, Edison Medal, Electrical Machinery.

In 1932 Mr. MacCutcheon was appointed as an Institute representative on the American Engineering Council. He was a member of the 1916 Annual Convention Committee and Vice-chairman of the 1932 Convention Committee, being largely responsible for bringing that convention to Cleveland. He has been chairman of several committees of the Cleveland Section and was Section Chnirman in 1920-21, being at present a member of-the Section Advisory Board.

In 1917 Mr. MacCutcheon became a member of tho Association of Iron and Steel Electrical Engineers. He has served on various committees for this body and has delivered twenty papers before this Association, where he is recognized as an authority on the subject of motor applications for steel mill auxiliaries.

Since 1921 he has been a member of the Cleveland Engineering Society. He served as a Director for this organization from 1923 to 1925 and has served on many committees there.

He has at various times delivered papers before the A.I.E.E., A.I. & S.E.E., the A.S.M.E., and the American Drop Forging Institute.

Mr. MacCutcheon became a member of the Electric Power Club in 1912. This was later absorbed by the National Electrical Manufacturers' Association. In the former organization he was chairman of the Technical Standardization Committee. In N.E.M.A. he was one of the leaders in bringing about the standardization of uniform motor mounting dimensions and is at present a member of the General Engineering Committee of N.E.M.A. and represents N.E.M.A. on the A.S.A. Rotating Machinery Sectional Committee.