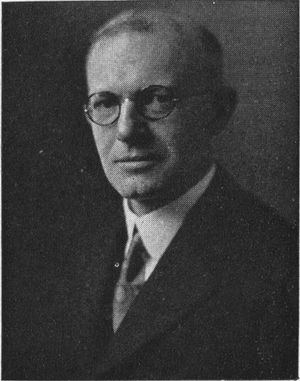 Thomas Norman Lacy, Chief Engineer of the Michigan Bell Telephone Company, was born at Lititz, Pa., September 23, 1885. His early education was received in the public schools and Franklin and Marshall Academy. He was graduated from Lehigh University in 1906 with the degree of Ε. E.

After graduation he entered the employ of the American Telephone and Telegraph Company, Long Lines Department, at Philadelphia, Pa., and remained with that Department until 1925. Between 1906 and 1912 he occupied various positions in plant maintenance, engineering, and construction work in Philadelphia and New York. In 1912 he was appointed Division Plant Engineer for the Southern Division with headquarters at Atlanta, Ga., and in 1919 was appointed Division Plant Superintendent in the same division directing construction, engineering, and maintenance work. In 1925 he was transferred to the Michigan Bell Telephone Company and appointed Division Plant Superintendent at Detroit, Michigan. Since November 1925 he has been Chief Engineer of the Michigan Bell Telephone Company.

Mr. Lacy joined the AIEE as a Member in 1924, and has been active in the Detroit-Ann Arbor section, serving as Secretary-Treasurer 1929-30 and serving as its representative on the Associated Technical Societies Council of Detroit.