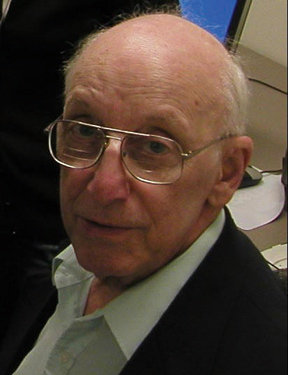 Known as the “father of video games,” Ralph H. Baer’s development and commercialization of video-game technology spurred the creation of a multibillion-dollar industry and has greatly influenced the way we play and work. With a vision of using home televisions for more than just passively watching broadcasts, Baer’s pioneering work turned televisions into interactive instruments by creating the concept of home video games and developing the critical technology to make it a reality. His 1971 patent on a “television gaming and training apparatus” is the pioneer patent of video-game technology and was based on his “Brown Box” console. Enshrined in the Smithsonian Institution's National Museum of American History, Baer’s Brown Box concept became the Magnavox Odyssey video-game console in 1972 and sold over 200,000 units. From the original ball-and-paddle concept of the Odyssey to subsequent patents that enable the delivery of content and game-related data via video tape and disc and the use of digitized faces of famous people in video games, Baer’s innovations have become standard features of current-generation video games. He was also the first to develop interactive quiz games, a television shooting game using a light gun, and one of the first microprocessor-controlled handheld sequence games, which became commercially known as Milton-Bradley’s “Simon.” Baer also foresaw the application of his technology for training and simulation, which has benefited the military and the airline and medical industries. Baer’s later projects included updates to his earlier work as well as products involving skateboards, race cars, programmable interactive books, and electronic training kits.

Baer was born on 8 March 1922 in Germany and immigrated to the United States in 1938 when his Jewish family fled the Nazis. He died on 6 December 2014. 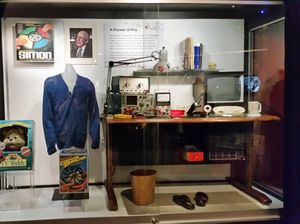 In addition, Baer's work was recognized by IEEE Milestone #158, "Interactive Video Games, 1966" dedicated on 21 September 2015. The citation reads as follows: "The "Brown Box" console, developed at Sanders Associates - later BAE Systems - between 1966 and 1968, was the first interactive video game system to use an ordinary home television set. This groundbreaking device and the production-engineered version Magnavox Odyssey game system (1972) spawned the commercialization of interactive console video games, which became a multi-billion dollar industry." The plaque is posted on the building's exterior at 95 Canal St., Nashua, New Hampshire 03064.