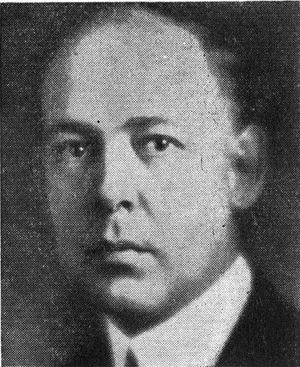 After being graduated from Ohio State University in 1905 with the degree of "mechanical engineer in electrical engineering," he joined the Westinghouse company, thus starting his career. Chubb's first great contribution was with respect to magnetic materials. At that time, open-hearth low-carbon sheet steel was used in the cores of electric machines. Expected iron losses were high but measured losses were much higher than expected, 100 per cent or more. Chubb located the various sources of these losses. Magnetic cores which were shaped improperly and gave harmonic fluxes were replaced by those of proper design. Unfortunately-placed rivets and the host of other apparently trivial contributors to losses in the early machines were ferreted out and made impotent.

He was the first to recognize the effect of punching strains in impairing the quality of magnetic materials and the first to practice annealing in an inert atmosphere. Likewise, about 1908, he discovered the effect of rolling processes in producing directional effects on the hysteresis and permeability of silicone sheet steel. Chubb capitalized on this knowledge by developing a line of laminated cores for distribution transformers having L shaped punchings with both legs cut from the sheet at 45 degrees to the rolling direction, giving the best quality and minimum of scrap material. These transformers were without rival in quality and economy and required no redesign for many years. He was among the first to recognize the possibilities of iron-nickel alloys, and holds some of the earliest patents in this field.

Through these years the infant electrical industry was expanding rapidly, demanding new instruments, methods of design, fabrication, transmission, and control. It was a time when the horizons of industry were limited only by the inventiveness of the nation. In such a period Chubb's talents won quick recognition. In 1910 he extended his activites in engineering research and development, and six years later was placed in charge of all electrotechnical research for the Westinghouse organization.

One of the problems of those years was the limitation on the capacity of electric machines, then, as now, caused by the deterioration of insulation at high temperatures. Chubb moved to the attack with characteristic vigor, and made many important contributions in this field.

A problem repeatedly encountered in those days was that of making a mechanically and electrically good union between incompatible metals; for example, aluminum and copper. The basic method of using controlled short pulses of electric energy was devised by Chubb and is used widely today.

Early electric machines with their distorted wave shapes caused many difficulties such as telephone interference, resonant troubles, and circulating currents when paralleled. Chubb took great interest in these problems and solved many of them. The development of the harmonic analyzer and the polar oscillograph are specific examples. His telephone interference factor meter (TIF meter) still is used generally today.

The pioneering nature of Chubb's work is illustrated well by his invention and development of amazing new artificially-formed light polarizing substances. He foresaw the myriad applications of polarized light in peace and war, at a time when polarized light was only a laboratory tool for very special tests and measurements.

As his responsibilities in guiding others increased, Chubb was able to spend only limited time on inventions of his own. But he always had something "on the fire." He now has more than 150 patents to his credit. The latest one, covering an improved recognition light developed for the Armed Forces, was granted in August 1946.

Shortly after World War I, radio began to come into commercial prominence. In the forefront of this young industry was Chubb, who as a youngster had dabbled in this science. He became a member of the Westinghouse "committee of five," formed to investigate the possibilities of radio. In 1920, when there was a fight for supremacy in this new field, Chubb was chosen to guide the radio engineering activities of the Westinghouse company. As radio grew over night from a scientific curiosity to an industry and a public service of entertainment, news, and international understanding, Chubb was among the few who guided broadcasting from the crystal set era into the mass production stage, with many technical advances and operational innovations.

In 1933 the scope of Chubb's work won recognition from the University of Pittsburgh and Allegheny College. Both granted him the honorary degree of doctor of science for his outstanding achievements in electricity and associated sciences. The following year he was awarded the Lamme Medal at Ohio State University for "meritorious achievements in engineering."

During World War I, Doctor Chubb, as might have been expected, was extremely active in service of the United States, working as assistant to B. G. Lamme on the Naval Consulting Board. He contributed substantially to such projects as the development of submarine detection methods, improvements in gas masks, explosives, and numerous other undertakings.

In 1919 he represented the United States as a delegate to the International Electrotechnical Commission in London, England, and in March 1940 he was American delegate again when the commission met in Brussels, Belgium.

When World War II blazed across the United States, men of Chubb's demonstrated talents were needed urgently. His reputation and widely known accomplishments caused him to be placed on numerous important committees such as the National Academy Uranium Committee, the Planning Board of the Office of Scientific Research and Development, the Special Committee for Jet Propulsion of the National Advisory Committee for Aeronautics, and the Advisory Board of the Office of the Quartermaster General. He was an official consultant for the OSRD, and directed many contracts for the development of weapons, defense systems, materials and processes.

Numerous technical conferences to which he contributed outstandingly and gave wise counsel based on his vast experience took much of Chubb's time. He was interested especially in the atomic bomb project. By personal work and sound advice in conferences he stimulated and advanced the work on the production of uranium metal, and in the developments for the separation of uranium isotopes including the electromagnetic separation methods, the mechanical centrifuge, the diffusion processes, and the ionic centrifuge.

Chubb was awarded the 1947 John Fritz Medal for "pioneering genius and notable achievements during a long career devoted to the scientific advancement of the production and utilization of electrical energy." He was a Fellow of the AIEE, and a served as director from 1932-34. Chubb died on April 2nd, 1952.