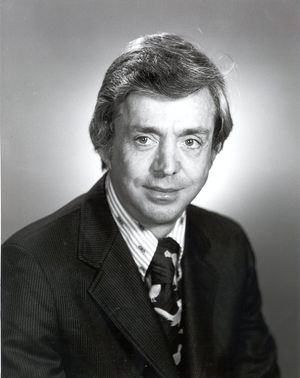 Harold A. Rosen was born in New Orleans, Louisiana, on 20 March 1926. He earned his B.E. degree from Tulane University in 1947. A year later he, was awarded the M.S. degree in electrical engineering from the California Institute of Technology. He received the Ph.D. degree in electrical engineering from the same Institute in 1951.

Later in his career, he provided technical direction for the development of the Advanced Syncom, which became the Applications Technology Satellite. ATS-I continues to perform after more than fifteen years in space.

In addition to these satellites, he has been involved in the development of a variety of earth terminals, with special emphasis on low cost stations suitable for the distribution of commercial television for rebroadcast and smaller ones for direct reception of instructional television by schools.

As Vice President of Engineering for Hughes Aircraft Company's Space and Communications Group, Rosen oversaw the development of communication satellites that are to Syncom what modern jet liners are to Kitty Hawk.

In 1976, Rosen was the first recipient of the L.M. Ericsson International Prize for outstanding contributions to telecommunications research and engineering. The award, given every three years, was presented to him by King Carl XVI Gustaf of Sweden. During his career, he had thirty-one U.S. patents, published many papers, and received numerous awards for outstanding achievement.

A water enthusiast, Dr. Rosen jogs on the beach near his home in Santa Monica, California. He has two sons, Robert, 32, and Rocky, 16. Family outings include such sports as skiing, scuba diving, windsurfing and an occasional 10-kilometer race.