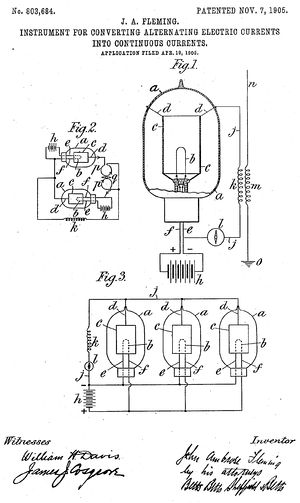 Illustrations of the 'Fleming Valve', the first useful vacuum tube, 1905

Topics pertaining to components such as capacitors, resistors, diodes and switches

This category has the following 12 subcategories, out of 12 total.

The following 2 files are in this category, out of 2 total.

Retrieved from "https://ethw.org/w/index.php?title=Category:Electronic_components&oldid=102249"
Category:
This page was last edited on 22 July 2014, at 16:16.
About ETHW
Policies and disclaimers