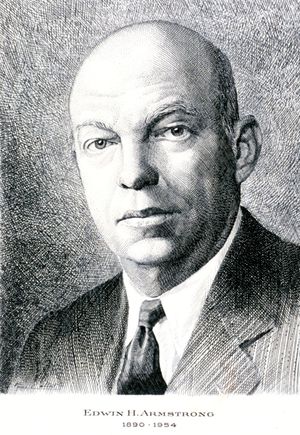 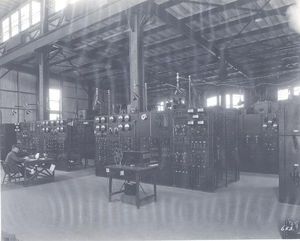 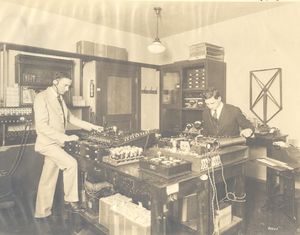 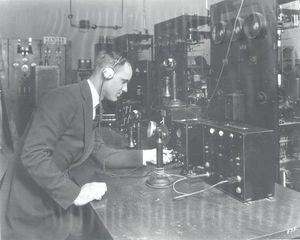 From the first days of wireless transmissions, engineers were bothered by the hissing, clicks, and grinding noises caused by atmospheric electricity. Many radio pioneers, including Guglielmo Marconi and Lee De Forest, made great efforts to reduce this so-called "static." They did achieve some success, particularly with innovative antennas, but it was so modest in view of the efforts expended that most people considered the problem unsolvable. Edwin H. Armstrong disagreed, but he did note that it "is a terrific problem. It is the only one I ever encountered that, approached from any direction, always seems to be a stone wall." Yet he persisted, and a decade later achieved success with his system of wideband frequency-modulation radio.

In 1928 Armstrong turned to FM to solve the problem of static. He soon found it necessary to use a much broader bandwidth than AM stations. Today a FM radio channel occupies 200 kHz, twenty times the bandwidth of an AM channel. Doing this, however, gave not only relative freedom from static but also much higher sound fidelity than AM radio offered. In 1933 Armstrong obtained four patents for his FM techniques and set about gaining the support of RCA for his new system. RCA engineers were impressed, but the sales and legal departments saw FM as a threat to RCA's corporate position. David Sarnoff, the head of RCA, had already decided to promote television vigorously and believed the company did not have the resources to develop a new radio medium at the same time. Moreover, in the economically distressed 1930s, better sound quality was regarded as a luxury, so there was not thought to be a large market for products offering it.

Armstrong did gain some support from General Electric and Zenith, but it was largely on his own that he carried out the development and field testing of a practical broadcasting system. He gradually gained the interest of engineers, broadcasters, and radio listeners, and in 1939 FM broadcasts were coming from about twenty experimental stations. These stations could not, according to FCC rules, sell advertising or derive income in any other way from broadcasting. Finally in 1940, the FCC decided to authorize commercial FM broadcasting, allocating the region of the electromagnetic spectrum from 42 MHz to 50 MHz to forty FM channels. In October of that year it granted permits for 15 stations. The first to begin operation was WSM-FM in Nashville, Tennessee. Zenith and other manufacturers marketed FM receivers, and by the end of 1941 nearly 400,000 sets had been sold.

The U.S. entry into the war brought a halt to both the granting of licenses for FM stations and to the production of FM receivers. After the war FM broadcasting was dealt a severe blow when the FCC made one of its most unpopular decisions to move the FM spectrum to the range from 88 to 108 MHz. This made obsolete the 400,000 receivers as well as the transmitters of dozens of broadcasters. This re-allocation, however, allowed for two and a half times as many channels, and the FM industry slowly recovered, though it did not enjoy rapid growth until the late 1950s. In the late 1970s FM broadcasting surpassed AM in share of the radio audience, and in the late 1980s its share had grown to three times that of AM broadcasting.

The Japanese FM radio band allocation is 76 to 90 MHz, a unique allocation in global terms.

Retrieved from "https://ethw.org/w/index.php?title=FM_Radio&oldid=120042"
Categories:
This page was last edited on 15 September 2015, at 16:38.
About ETHW
Policies and disclaimers