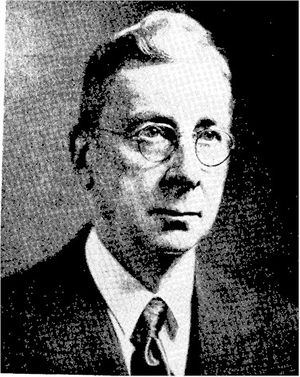 Beginning that same year, Heising began his work with the Western Electric Company and then Bell Telephone Laboratories. He played a major role in the development of radio-telephone systems for military use in World War I, and for transoceanic and ship-to-shore public service use. He also conducted much research work on ultra-short waves, electronics and piezoelectric crystal devices. He invented several modulation systems which are still in wide use today: the constant potential system, the grid modulation system for radio, the rectifier modulation system used in carrier telephony, and in particular, the constant-current or Heising modulation system. He has over one hundred United States patents, including the patents on the Class C amplifier and diode-triode detector amplifier circuit, and has published numerous technical papers in engineering journals. Bell Labs published a book of his patents through 1953, the year he retired. Although retired from the company, Heising continued to work, as an independent consulting engineer and patent agent.

Heising was a Fellow of the American Institute of Electrical Engineers, a forerunner of the IEEE, and American Physical Society. He was awarded the Modern Pioneer Award from the National Association of Manufacturers in 1940. He received an honorary Doctor of Science degree from the University of North Dakota in 1947, and the Armstrong Medal from the Radio Club of America in 1954.

An Associate of the IRE (another forerunner of the IEEE) since 1920 and winner of the Morris Liebmann Memorial Prize in 1921, Heising became a Fellow in 1923. He served as IRE President in 1939, Treasurer from 1943 to 1945, and as an elected member of the Board of Directors for seventeen years. He was chairman of numerous IRE committees, among them the committees on Sections, Professional Groups and Office Quarters.

Heising received the IRE Founders Award, given only on special occasions to outstanding leaders in the radio industry "for his leadership in Institute affairs, for his contributions to the establishment of the permanent IRE Headquarters, and for originating the Professional Group system."

Retrieved from "https://ethw.org/w/index.php?title=Raymond_A._Heising&oldid=146911"
Categories:
This page was last edited on 24 February 2016, at 15:38.
About ETHW
Policies and disclaimers