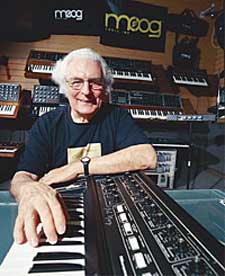 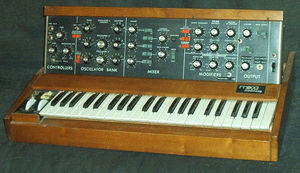 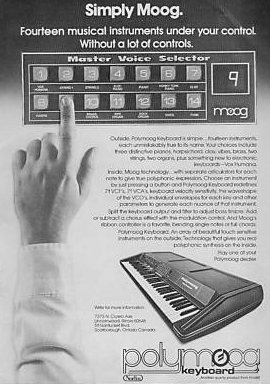 Moog proceeded to create a full-scale modular synthesizer that was relatively compact (at least compared to the giant instruments of the 1950s), but highly flexible and adaptable. In October 1964 Robert Moog unveiled his music synthesizer, the Moog Modular System, at the convention of the Audio Engineering Society.  The first full-scale Moogs relied on a large number of modules that allowed the musician to shape the sound in an almost infinite number of ways. With a large stack of modules physically “patched” or wired to one another with cords, the whole system resembled a piano strapped to a telephone switchboard.

Retrieved from "https://ethw.org/w/index.php?title=Moog&oldid=157990"
Categories:
This page was last edited on 23 November 2017, at 06:50.
About ETHW
Policies and disclaimers