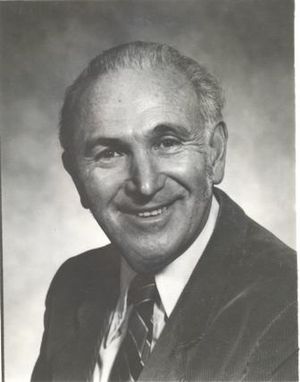 Mischa Schwartz recieved the B.E.E. degree in 1947 from Cooper Union, New York City; the M.E.E. degree from the Polytechnic Institute of Brooklyn in 1949; and the Ph.D. degree in applied physics from Harvard University in 1951.

From 1947 to 1952, he was a project engineer with the Sperry Gyroscope Company where he worked on statistical communication theory, radar detection, and radar design. In 1952 Dr. Schwartz joined the faculty of the Polytechnic Institute of Brooklyn where he held the position of Professor of Electrical Engineering until 1974. From 1961 to 1965, he served as Head of the Electrical Engineering Department.

Dr. Schwartz was an NSF Science Faculty Fellow during 1965-66 at the Laboratoire de Physique, Ecole Norrhale Superieure, in Paris, France. He also served during 1973-74 as a Visiting Professor at Columbia University in New York, and joined that institution in September of 1974 as Professor of Electrical Engineering and Computer Science. During 1980 Professor Schwartz was on leave as a Visiting Scientist with IBM Research.

Dr. Schwartz is a Fellow and former Director of IEEE, a past Chairman of the Information Theory Group, and Vice President and a member of the Communications Society. His research has been at the forefront of newly developing fields, enabling him to judge the importance of new developments and to incorporate them into outstanding textbooks.

Dr. Schwartz was a recipient of a Distinguished Visitor Award in 1975 from the Australian-American Education Foundation. He is a Fellow of the AAAS, and past Chairman, Commission C., U.S. National Committee/URS I. He has been a consultant to many companies on communications, computer communications, signal processing, and radar.

Professor Schwartz's influence as an educator stems in large measure from his continuous and contagious enthusiasm for everything he does - an enthusiasm that has been a positive force on his colleagues and his students.

Retrieved from "https://ethw.org/w/index.php?title=Mischa_Schwartz&oldid=172742"
Categories:
This page was last edited on 22 January 2019, at 16:06.
About ETHW
Policies and disclaimers