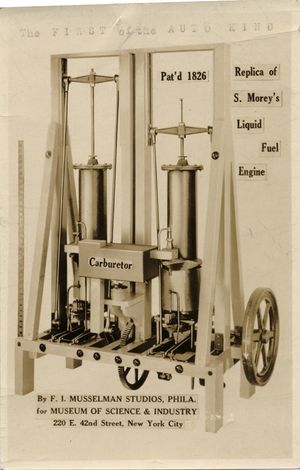 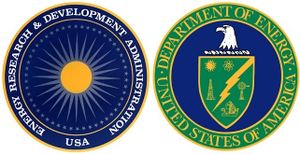 Ethanol is a biofuel[1] as it can be refined from several biomass materials including grains and crops with a high starch and sugar content such as corn, sorghum, barley, sugar cane, and sugar beets, as well many other agricultural and forestry residues. Ethanol is a volatile and colorless liquid substance with a slight odor and burns with smokeless blue flames that are not always visible under the normal light.

Ethanol has applications in many industries and can be produced following two different processes: through fermentation (biological) and ethylene hydration (petrochemical). Fermentation is the oldest process known to produce ethanol, the traditional way of making alcoholic beverages since antiquity, and is extensively used to refine most ethanol fuels present on the market. The ethanol processed through direct ethylene hydration[2] refers to the production of synthetic ethanol, which is used mainly as a solvent and as an industrial feedstock. The direct hydration by catalysis of the ethylene has been carried out since 1947, first experimented by SHELL, and replacing the indirect hydration of ethylene.

In the 19th century, ethanol found application as lamp fuel because it was clean and produced minor burning residuum, and was also used as propellant in early experimental internal combustion engines. The first recorded use was by the American Samuel Morey (1762-1843) in 1826, and in 1860 the German Nikolaus August Otto (1832-1891) presented the second known prototype.

During the American Civil War, the Union Congress introduced the 1862 Revenue Act,[3] which imposed a tax on liquors, among several other goods like tobacco, playing cards, gunpowder, feathers, telegrams, iron, leather, etc., to raise money for the war. While it was it was not intended to affect the production and sale of industrial alcohol, but to tax beverage alcoholic beverages, this was an unintended side effect. The two dollar increase per gallon increased the price of ethanol beyond the point of practical affordability for lamp fuel. Previously, grain alcohol had been a longstanding popular major vegetable fuel oil for lamps, and was a good cheap substitute to expensive whale oil. The early 1860s were the booming years of the young petroleum market and saw the massive introduction of refined kerosene, the most efficient fuel produced for lamps. Kerosene was sold at a very competitive price and subsequently ethanol slowly faded away from the illumination market after the alcohol tax.

At the end of the 19th century, ethanol came back into the scope of the engine manufacturing in the U.S., when the future successful mass car producer Henry Ford between the 1880s and the 1890s designed and then built a first vehicle powered by an engine fueled with just ethanol. Furthermore, in Europe, where petroleum was not so abundant in the subsoil and much of the consumption was supplied by imports, ethanol refining from vegetables was still a thriving industry. For example, Germany built a successful ethanol industry using potatoes and sugar beets to make alcohol for household appliances. In 1906 President Theodore Roosevelt Jr. (1858-1919) removed the excise duty, and the production of ethanol in the United States gained new momentum, returned to the commercial market, and became popular with consumers again.

Ethanol once again experienced some chiaroscuro moments between the 1910s and early 1930s. On one hand, car manufacturers like Ford were still investing in the production of cars, mounting hybrid engines capable of using ethanol, gasoline or kerosene, the predecessor of is referred to today as Flexible Fuel Vehicles (FFVs),[4] and the Standard Oil Company was successfully blending ethanol with gasoline, a very efficient method to minimize the knocking effect[5] and increase the number of the octanes for a powerful fuel. On the other hand, the industry during the first World War cleared every doubt on the superiority of the gasoline, diesel, and other petroleum derived products in the wartime boom of the global mechanization across the ground, sea, and air. Furthermore, during the years of alcohol prohibition in the United States (1919-1933) the commerce of ethanol was subject to special reviews and used only when blended with gasoline. Following, this blend (gasoline together with a 6-15% component of ethanol) called gasohol[6] was popularized in the Midwestern U.S. states.

During World War II, the rationing of petroleum derived products substantially relaunched the use of Ethanol, but at the end of the conflict gasoline already became available again at cheap cost. In the 1950s and 1960s, the petrochemical process to produce ethanol was improved, but the market maintained relatively stable trends until the 1973, and the 1979 energy crises when the surge in the oil prices (the petroleum barrel price increased from $3.89 in 1973 to $ 21.59 in 1980) lighted new interest in alternative fuels first from the Energy Research and Development Administration (ERDA), then the Department of Energy.

In those difficult years, many other countries widened their attention toward the biofuels sector, but the most successful large-scale energy plan focused on ethanol was implement in Latin America by Brazil. Country with a centuries-long tradition in the sugar cane cultivation, Brazil had already an advanced car fuel-oriented policy since the 1930s (the early important oil discoveries in Brazil did not happen until the 1950s-60s). After the first oil shock, Brazil government promoted and supported the domestic production of ethanol implementing in 1975 the Programa Nacional do Álcool - Proalcool.[7] Gasoline since in 1976 in Brazil was ethanol blended by law from the 10% to the 25% per liter; in 1979, the Italian car maker FIAT produced in its Brazilian factories the first commercial vehicle, the Fiat 147, powered by a four-cylinder car propeller engineered to burn 100% ethanol fuel.

Gerali, F. Gerali, F. Science, Energy and Knowledge. An Analysis of The Scientific Literature on the Synthetic Fuels in the 1970s and 1980s. Master Thesis, August 2017.

Stolark, Jessie. Fact Sheet: A Brief History of Octane in Gasoline, From Lead to Ethanol. Environmental and Energy Study Institute, 2016.

Retrieved from "https://ethw.org/w/index.php?title=Ethanol&oldid=185924"
Categories:
This page was last edited on 13 August 2021, at 19:08.
About ETHW
Policies and disclaimers