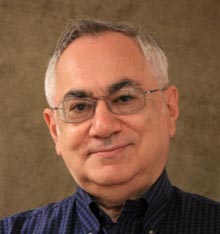 Allen Gersho, research professor at the University of California, Santa Barbara, has been one of the leading contributors to the areas of speech coding and signal compression. His applications have been instrumental to Internet voice, cellular telephony, audio for video conferencing and secure voice terminals for government and military areas.

His work in Vector Quantization (VQ), a fundamental and powerful tool for data compression, has improved the efficiency of speech coding by achieving high-quality speech at very low bit rates. Along with Robert M. Gray, he co-authored Vector Quantization and Signal Compression, a book that has become a standard reference on the subject. He also developed with his former student, Raymond Chen, an adaptive post-filtering technique that has become the standard in code excited linear predictive (CELP) speech coders, and is used by many leading telecommunication equipment companies.

An IEEE Fellow, he has previously received the Ericsson-Nokia Best Paper Award and the IEEE Third Millennium Medal. Dr. Gersho has a bachelor’s from Massachusetts Institute of Technology, Cambridge, Mass. and a doctoral degree from Cornell University, Ithaca, N.Y., all in electrical engineering.

Retrieved from "https://ethw.org/w/index.php?title=Allen_Gersho&oldid=145203"
Categories:
This page was last edited on 13 January 2016, at 19:04.
About ETHW
Policies and disclaimers