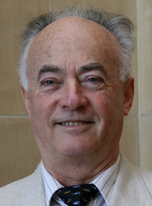 Yaakov Bar-Shalom, one of the best known in the field of complex radar systems, has made numerous contributions to radar tracking technology over his 30-year career. Dr. Bar-Shalom’s work has helped improve a broad range of commercial and military applications from air traffic control systems to the Patriot Missile defense system.

An early work, the probabilistic data association filter (PDAF), was developed for target tracking in low signal-to-noise ratio environments. Raytheon Corporation developed the PDAF into the Relocatable Over-the-Horizon Radar for the U.S. Navy to provide wide-area surveillance, and later for commercial applications involving the tracking of planes and ships. The PDAF was further developed into the joint probabilistic data association filter to facilitate the tracking of multiple, closely spaced targets in the presence of clutter.

Dr. Bar-Shalom also contributed to the development of the interacting multiple model estimator that can be used to reduce radar time and energy required to track maneuvering targets. His more recent work has helped facilitate the application of multiple hypotheses tracking in radar applications.

An IEEE Fellow, he is currently the Marianne E. Klewin Professor in Engineering and a University of Connecticut Board of Trustees Distinguished Professor. He has written seven books and more than 360 papers and book chapters, and is the most published author in IEEE Transactions on Aerospace and Electronic Systems. Dr. Bar-Shalom holds a bachelor’s and master’s degrees from Technion, Israel Institute of Technology, and a doctorate from Princeton University, Princeton, N.J., all in electrical engineering.