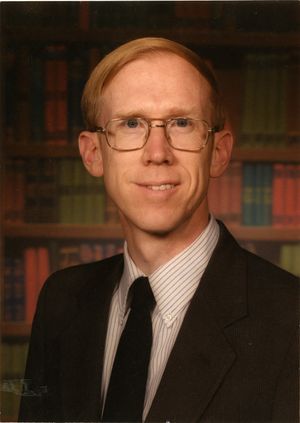 Thomas H. Johnson graduated from West Point in 1965. He obtained his Ph.D. in applied physics at the University of California in 1974. As an Air Force officer, he served two tours at the Air Force Weapons Laboratory, where he worked first in nuclear weapon design and then in laser and particle beam weapons; and a tour at the Defense Atomic Support Agency, where he worked on nuclear weapons effects. His graduate research was in magnetic fusion energy. In 1980, after three years in the Department of English at West Point, he transferred back into the Army and assumed directorship of the Science Research Laboratory, where he continued to do research on high energy lasers. From 1981-83 he was Special Assistant to the President's Science Advisor and Executive Director of the White House Science Council.