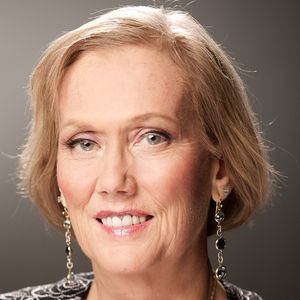 Telle Whitney was the former CEO and President of the non-profit organization, Anita Borg Institute for Women and Technology from 2002 to 2017. In 2019, she received an IEEE Honorary Membership "for leadership in supporting and promoting women in technology, and for building a highly impactful global organization dedicated to this purpose." Whitney has spent her career paving the road for women in tech fields, named one of Fast Company’s “Most Influential Women in Technology.” She co-founded, with computer scientist Anita Borg, the Grace Hopper Celebration of Women in Computing Conference in 1994. This event was considered the world’s largest gathering of women in tech with nearly 18,000 attendees in 2017. As CEO, the Institute was able to broaden its reach nationally and internationally, perhaps best represented by holding its Grace Hopper Celebration in India in 2010.

Born in 1956 in Salt Lake City, Utah, Whitney came from a long line of Mormons. Whitney’s father was a lawyer and her mother was a housewife and became a history teacher later in life. Whitney’s stepmother was a piano teacher and a musician. Whitney had several siblings, including two sisters, a half-sister, a stepbrother, and two stepsisters.

While initially unsure where to go in life while in college, Whitney decided to take a COBOL class where she discovered her passion for computer technology. She earned her Bachelors in Computer Science from the University of Utah in 1978. About one year after graduating, she started working for UNIVAC before attending California Institute of Technology where they were creating a computer science department. Students at Caltech were programming in Simula and MAINSAIL. Whitney worked on a CAD project for integrated circuits for her master’s thesis. She received her Ph.D. in 1985 for her thesis on the CAD representation for chips.

After graduating from Caltech, she moved to Silicon Valley to design computer chips. In 1986, she began working at the Schlumberger Palo Alto Research Center, but after a short time, she left for Actel, a chip company, where she held a senior technical management position.

While working in Silicon Valley, she met Barbara Simons and Anita Borg. Before founding the Grace Hopper celebration with Borg, Whitney helped her create the Systers network to build local communities of women technologists. Beyond that Whitney co-founded NCWIT (National Center for Women and Information Technology)and co-founded the BRAID (Building Recruiting and Inclusion for Diversity) project. BRAID works with computer science departments across the United States to help increase the participation of women and people of color in their undergraduate majors. She became president of Silicon Compilers, VP of Engineering in Malleable Technologies, and was the Vice President of the Canadian company PMC-Sierra.