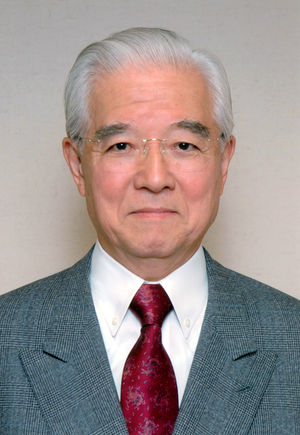 For more than 30 years, Shoichiro Yoshida, the former chairman of the board and chief executive officer of Nikon Corporation in Tokyo, Japan, oversaw initiatives that led to major accomplishments in integrated circuit (IC) lithography. Among his most notable accomplishments is his contribution to the progress and technology of Stepper/Scanners – high precision instruments used in the complex process of making integrated circuits. Additionally he developed the initial research and development for Nikon’s extensive line of digital cameras.

Mr. Yoshida led an R&D effort for “step-and-repeat” systems, which resulted in the manufacture in 1980 of the first “stepper," a lithography device critical to semiconductor manufacturing. Since then, he has directed many successful projects that developed and marketed high-performance IC lithography tools and helped establish Nikon as the world leader in this technology.

One successful project involved the world’s first scanner/stepper, noted for its revolutionary 5x reduction projection system. He also developed marketing and after-sales and service channels for Nikon’s IC products around the world.

The former Nikon chairman has helped shape the global semiconductor industry, serving as chairman of the board of SEMI, the global industry association for companies that provide equipment, materials and services used to manufacture semiconductors, nano-scaled structures and related technologies.

Mr. Yoshida is currently the chairman of the Japan Telescope Industries Association, the Japan Optical Industry Association. A former chairman of the Semiconductor Equipment Association of Japan and the Japan Society of Precision Engineering, he is also the recipient of the Medal with Blue Ribbon, Japan’s premier award for outstanding technology achievement.