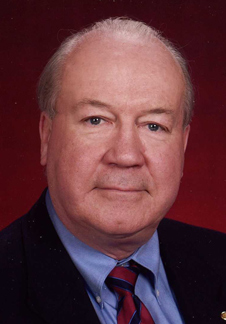 Dr. Russell Keith Raney has been one of the foremost contributors to synthetic aperture radar systems (SAR) over the past 40 years. His work includes the first dual-aperture airborne moving-target-indicating SAR, and he has produced a thesis on quadratic filter theory, which provides the foundations for formal principles of conservation for SAR systems.

Throughout his distinguished career, Dr. Raney has played a significant role in developing innovative approaches to space-based radars. While working with the Canada Center for Remote Sensing, he was one of the principal technical architects behind RADARSAT-1, which was Canada’s first space-borne radar satellite. Additionally, he made contributions to the conceptual design of CryoSat, the European Space Agency’s first satellite developed to focus on the Earth’s environment; the hybrid-polarity architecture for two lunar radars used by NASA and the Indian Space Research Organization; and his original contributions to NASA’s Magellan spacecraft, which used radar imaging to provide highly detailed maps of Venus during its four year orbit from 1990-1994.

Dr. Raney holds six patents, one of which is for his co-invention of chirp-scaling SAR processing. He has published approximately 400 papers in referenced journals and symposia proceedings.

Currently, Dr. Raney is a member of the Principal Professional Staff in the Applied Physics Laboratory of the Space Department at Johns Hopkins University, and Assistant Supervisor of the Ocean Remote Sensing Group.

An IEEE Life Fellow, Dr. Raney has previously been presented with the IEEE Geoscience and Remote Sensing Society Distinguished Achievement Award and the Transactions Prize Paper Award, among others. Dr. Raney received his bachelor of science from Harvard University, as well as a master’s degree in Electrical Engineering from Purdue University and a doctorate from the University of Michigan.