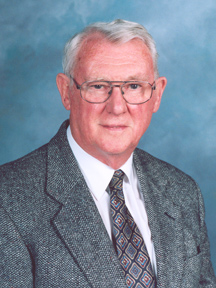 Roy Billinton was born September 14, 1935 and is a Canadian scholar and a Distinguished Emeritus Professor at the University of Saskatchewan (Saskatoon, Saskatchewan, Canada) who has mentored over 120 MSc and Ph.D students. During his 40-year career, has been instrumental in the development of many of the statistical quantities and applications of probability theory methods now considered common in the industry for the planning, design and operation of electric power systems. In 2008, he won the IEEE Canada Electric Power Medal for his research and application of reliability concepts in electric power system. In 2007, he was elected a Foreign Associate of the United States National Academy of Engineering for contributions to teaching, research and application of reliability engineering in electric power generation, transmission, and distribution systems.

Billinton is known in academia and the power industry for his work on power system reliability evaluation. He is the author or co-author of eight books dealing with power system reliability. Two of these books, now in their second editions, have been republished in Chinese and one in Russian. His first book, published in 1970, is considered to be the first book in English on the subject of power system reliability. These books have been used worldwide as research and study textbooks. He is the author or co-author of over 950 technical papers related to his research with over 525 publications in international refereed journals. Over 400 papers were published in Conference Proceedings in Canada, the United States, the United Kingdom, France and other countries.

Billinton was a co-founder of the Probabilistic Methods Applied to Power Systems International Society in 1997 and has been on the board of the society as a director and the chair since its inception.

Billinton is a founding member of the consultative committee on outage statistics created by the engineering and operating division of the Canadian Electricity Association (CEA). Under his guidance, CEA has developed and operates a very comprehensive power system outage data collection system. A IEEE Life Fellow, he has previously received the IEEE Canada Outstanding Engineer Educator Award and was recently elected a Foreign Associate of the United States National Academy of Engineering. In 2010 the IEEE Power & Energy Society established the Roy Billinton Power System Reliability Award.