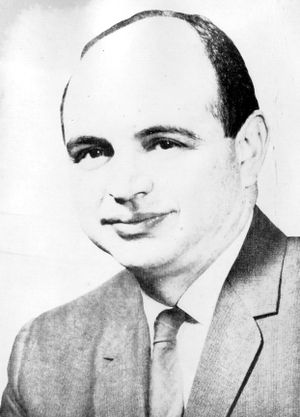 From 1950 to 1951, Dr. Rediker was a research associate at M.I.T.'s main campus. When M.I.T.'s Lincoln Laboratory was formed in 1951, he was among the first to be appointed to the research staff there and worked on transistorized computer circuits. After spending the academic year 1952-1953 in the Physics Department at Indiana University, he returned to Lincoln Laboratory and engaged in semiconductor device research. From 1959 to 1966 he headed the Applied Solid-State Physics Group at Lincoln Laboratory, and in July 1966 he was appointed to the faculty rank of Professor of Electrical Engineering at M.I.T.

Dr. Rediker's continuing and central research interest has been in the design, development and understanding of semiconductor devices useful in the broad field of electronics. Among devices developed and investigated by Dr. Rediker and his co-workers at Lincoln Laboratory are semiconductor lasers and radiation-emitting semiconductor diodes.

Dr. Rediker and his wife, the former Jane Friend of New York City, lived with their two sons Richard, and Donald, in Newton Lower Falls, Massachusetts. Both he and his wife had a long-time interest in local community affairs; he was now vice-chairman of the Newton Lower Falls Improvement Association and his wife has served on the board of the local League of Woman Voters for the past five years, the last two as first vice-president. Dr. Rediker enjoys playing bridge and endeavors to play "at" tennis at least once a week during the warm months in New England.