Difference between revisions of "Paul A. Totta" 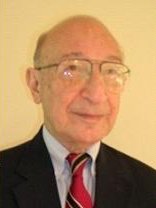 The collaborative work of Karl J. Puttlitz and Paul A. Totta led to the introduction of flip chip interconnection technology, a breakthrough in semiconductor assembly and packaging that has enabled electronic device manufacturers to deliver smaller, more powerful and more reliable products. Dr. Puttlitz and Mr. Totta were instrumental in championing the method whereby tiny solder bumps covering the face of a chip are directly reflowed to the circuitry. This was achieved by flipping the chip over so the bumps are soldered to mating circuit pads, hence the term “flip chip.” This direct connection technique reduces the footprint of an individual component by up to 95 percent compared to the wire bonding method. In addition, the elimination of bond wires improves performance, offers greater input/output connection flexibility, improves ruggedness, and reduces the manufacturing costs of electronic devices such as personal computers and mobile phones.

Mr. Totta retired from IBM in 1999 following a 40-year career that included both engineering and management positions. An IBM Fellow from 1987–1999, he was elected to the technical council of IBM’s Academy of Technology. In addition, he received three IBM corporate level awards for outstanding patents and contributions. He was also presented the IMAPS Wagonon and the Fraunhofer IZM awards for his flip chip contributions. He earned a bachelor’s of science degree in metallurgical engineering from Rensselaer Polytechnic Institute, Troy, N.Y.