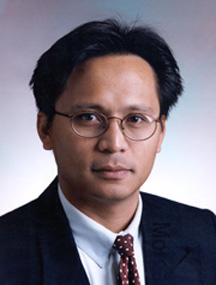 An associate professor at the Laboratory for Information and Decision Systems at the Massachusetts Institute of Technology in Cambridge, Dr. Win is an internationally acclaimed authority on UWB wireless networks and has organized and chaired many conferences on UWB communications. An IEEE Fellow and IEEE Distinguished Lecturer, he currently chairs ComSoc’s Radio Communications Committee and has been editor of Wideband Wireless and Diversity and an area editor for Modulation and Signal Design, both for the IEEE Transactions on Communications.

Dr. Win has received the MIT School of Engineering Educational Innovation Award, the U.S. Presidential Early Career Award for Scientists and Engineers, a Fulbright Fellowship, and the International Telecommunications Innovation Award from the Korea Electronics Technology Institute. He holds a bachelor’s degree in electrical engineering from Texas A&M University in College Station, a master’s degree in applied mathematics and a doctoral degree in electrical engineering, both from USC.