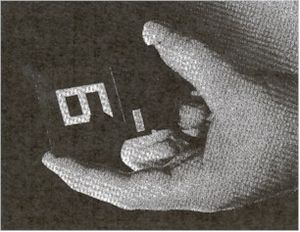 Between 1964 and 1968, at the RCA David Sarnoff Research Center in Princeton, New Jersey, a team of engineers and scientists led by George H. Heilmeier with Louis A. Zanoni and Lucian A. Barton, devised a method for electronic control of light reflected from liquid crystals and demonstrated the first liquid crystal display. Their work launched a global industry that now produces millions of LCDs annually for watches, calculators, flat-panel displays in televisions, computers and instruments.

For those interested in learning more about the history of liquid crystals, we recommend the following article from Proceedings of the IEEE.  "The History of Liquid Crystal Displays", Hirohisa Kawamoto, Fellow, IEEE, Vol. 90, No. 4, April 2002 Copyright IEEE