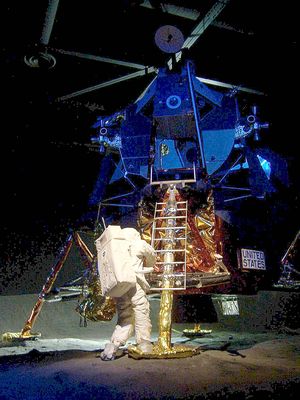 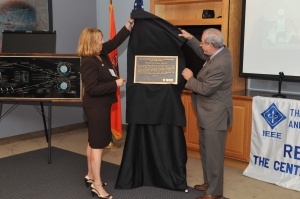 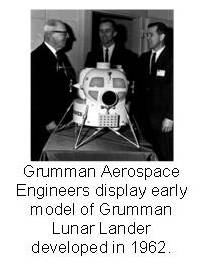 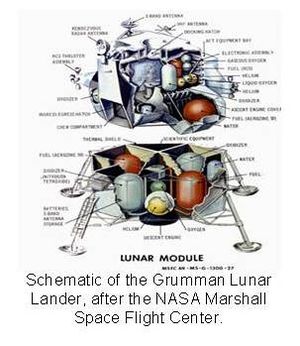 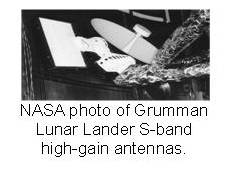 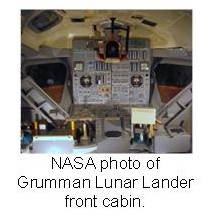 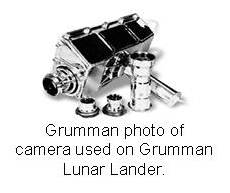 A photograph of the dedication ceremony can be seen at: http://media.globenewswire.com/noc/mediagallery.html?pkgid=10032 Also see: Lunar Module ceremony brochure 1; Lunar Module ceremony brochure 2; Attendees at Lunar Module milestone dedication. Most people can tell you where they were when the Grumman Lunar Module landed on the moon. In addition to throngs of people crowding highways and beaches near the launch site, millions watched the event on television around the world. This historic and revolutionary engineering project captured the imagination of people all over the world. After winning a contract in 1962, nearly 3,000 Grumman engineers and more than 7,000 people in all created more than a dozen hand-built lunar modules fulfilling President John F. Kennedy's vow to put a man on the lunar surface by the end of the decade. The Apollo 11 space flight landed the first humans on Earth's Moon on July 20, 1969. The mission, carried out by the United States, is considered a major accomplishment in human exploration and represented a victory by the U.S. in the Cold War Space Race with the Soviet Union. Apollo 13 was the third Apollo mission intended to land on the Moon. That mission, launched on April 11, 1970, was aborted as a fault in electrical equipment inside one of the Service Module's oxygen tanks produced an explosion which caused the loss of both tanks' oxygen, depriving the Service Module of electrical power. This forced the crew to shut down the Command Module to conserve its batteries and oxygen needed for the last hours of flight, and use the Grumman Lunar Module's resources during the return trip to Earth. Despite great hardship caused by limited power, loss of cabin heat, shortage of potable water, and the critical need to jury-rig the carbon dioxide removal system, the crew returned safely to Earth on April 17 as a result of the magnificent engineering expertise which built the Grumman Lunar Module.

Because it was designed solely to fly in space, the Grumman Lunar Module was made of lightweight metals and unique electrical and electronic systems. The design, construction and testing of the Grumman Lunar Module continually pushed the technology envelope and resulted in one of the most important and successful engineering achievements of mankind.