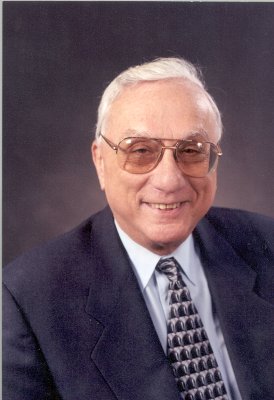 For fifty years Dr. Merrill Skolnik has served as a foremost expert on radar, leading one of the world's most productive radar research organizations, making significant personal research contributions, and writing and editing texts that are now standards in the field.

Dr. Skolnik served as Superintendent of the Radar Division of the Naval Research Laboratory between 1965 and 1996. During this period the Radar Division's achievements, many of which benefited directly from his research and development, were remarkable. Those that have been made public include a demonstration of HF over-the-horizon, new concepts for wideband shipboard air-surveillance radar, counter-stealth radar concepts, combat identification, inverse SAR for ship recognition, jet engine modulation of the radar echo for aircraft recognition, radar cross-section prediction and measurement, high-resolution radar techniques, sidelobe cancellation, adaptive antennas, airborne early-warning radar, radar to detect submerged submarines, low probability of intercept radar, self-defense radar systems, and spaceborne radar concepts for the world-wide detection of ships. He was a consultant to the Radar Division.

Both Introduction to Radar Systems, which Dr. Skolnik wrote, and The Radar Handbook, which he edited, are read and referred to by practically every radar professional. He also edited the influential Radar Applications. The author or co-author of more than a hundred articles, book chapters, and presentations, his writing also includes an article on radar printed in the Encyclopaedia Britannica.

A Fellow of the IEEE, and an active member throughout his career, he was a member and former Chairman of the IEEE Radar Systems Panel, and former editor of the Proceedings of the IEEE. The many awards he has won include the IEEE Harry Diamond Award, the IEEE Centennial Medal, the British Institute of Electronic and Radio Engineers' Heinrich Hertz Premium, the Johns Hopkins Distinguished Alumni Award, and the Navy Distinguished Civilian Service Award. He has been elected to the National Academy of Engineering, and the Johns Hopkins Society of Scholars.