Difference between revisions of "Masayuki Ieda" 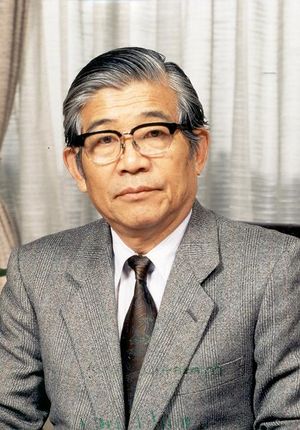 Early in his career, Dr. Ieda endeavored with Professors Inuishi and Yahagi to found the IEEJ Technical Committee on Electrical Insulating Materials in 1967 and to have the first Symposium of Electrical Insulating Materials in Japan (1968) to provide an opportunity for university and industry researchers to discuss their results and exchange their experience and information in a friendly atmosphere. Many people in the field of dielectrics and electrical insulation in Japan strongly supported and developed his idea. He also made a great contribution in arranging a US-Japan Seminar on Electrical Conduction and Breakdown in Dielectrics in 1979 (Florida, US) where many scientists and engineers attended from both the US and Japan. He organized many IEEE sponsored international conferences in Japan, such as the International Workshop on Electrical Charges in Dielectrics in 1978 (Kyoto). He served several times as Guest Editor of the IEEE Transactions on Electrical Insulation. He also made a great contribution to CIGRE and the International Electrotechnical Commission.

He was not only Professor at the Nagoya University and the Aichi Institute of Technology, but also Visiting Professor of many foreign universities such as ETH (Switzerland), TU Braunschweig (Germany) and Harbin University of Science and Technology (China). He was Dean of the School of Engineering, Nagoya University, from 1986 to 1989, President of IEEJ from 1991 to 1992, and Member of the Science Council of Japan from 1985 to 1994. He played an important role in managing and planning the Nagoya University, IEEJ and the academic and scientific administration in Japan.

Dr. Ieda authored more than 400 papers and books and educated many leading scientists in industry and academia. He received many awards and honors for his contributions to the field, including the Electric Power Award of IEE Japan in 1980, the Outstanding Contributions Award of IEE Japan in 1993 and the CIGRE Distinguished Member Award in 1995. In 1993, he received the IEEE Lamme Medal, one of the highest IEEE awards, ”for outstanding contributions in developing electrical insulating technology and new insulating materials for HV electric power apparatus and cables”.