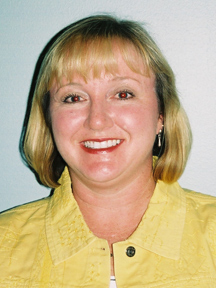 As a project manager for the U.S. National Aeronautics and Space Administration Space Shuttle Program, Kim Ess led the development of a critical, new orbiter boom sensor system (OBSS) created in the wake of the 2003 Columbia space shuttle disaster to inspect the space shuttle's reinforced carbon panels and heat-resistant tiles that protect the orbiter and its crew from the extreme heat of reentry.

The 50-foot OBSS later became a critical tool in July 2005 when the Discovery shuttle’s astronaut crew used it to assess damage after segments of heat insulating tile panels dislodged from the craft’s skin. Controlled by computer from inside the crew's cockpit area, the arm can be made to move up and down the shuttle's surfaces.

Ms. Ess led the development, accomplishing in 16 months what normally would have taken three years. OBSS technology could be used with future space flights to the International Space Station, the moon and Mars.

The OBSS created by Ms. Ess and the 200-member team she coordinates is an extension of the shuttle’s robotic arm and contains a laser system to spot potentially fatal flaws in critical thermal protection systems. A special NASA team then evaluates the data obtained from the sensor system.

Ms. Ess holds a bachelor’s degree in mechanical engineering from the University of Texas in Austin.