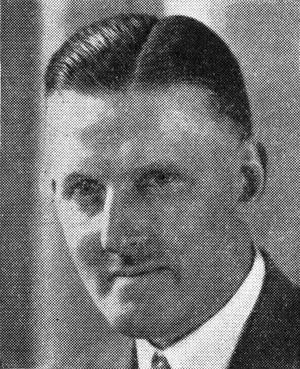 Karl Andre Auty (AIEE AM '12, M '17, Member for Life), was born July 16, 1878, in Yorkshire, England. He studied at the Sorbonne University, Paris, France, and at Victoria University, Nottingham, England. In 1899, he entered the Brush Electrical Engineering Company, Ltd., Loughborough, England. During January through July 1906, he was employed by Samuel Buckley, Styrian Steel Works, Sheffield. He rejoined the Brush company in 1906 as representative and erecting engineer in Japan. In 1909, Mr. Auty was employed by the British Columbia Electric Railway Company, Ltd., Vancouver, B. C, as chief illuminating and power engineer.

From 1915 until his retirement, he was employed by Commonwealth Edison Company, Chicago, Ill. He served on the AIEE Applications to Iron and Steel Production Committee (1932-34) and Transportation Committee (1933-34). Auty was chairman of the AIEE Chicago Section in 1926-27. Prior to his retirement in 1946, Mr. Auty was senior sales representative in the electricity sales department of the Commonwealth Edison Company.

Outside of his engineering activities, Auty was a cricket enthusiast, and has been credited with keeping the sport alive in America in the 1930s and 1940s. The K.A. Auty Cup, an international cricket series, is named in his honor.