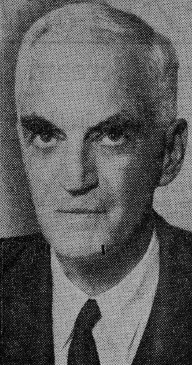 John Castlereagh Parker, AIEE President, 1938 - 1939, was part responsible for the reconstruction of the Brooklyn Edison Company’s electrical system. He also served as the vice president in charge of engineering of the Hudson Avenue Station in Brooklyn, which would become the world’s largest steam-electric generating station.

John C Parker, Vice President of the Consolidated Edison Company of New York, received the Bachelor's Degree in Mechanical Engineering from the University of Michigan in 1901, followed by the MA Degree in 1902 and the E E Degree in 1904. In 1935 he was honored by the award of the Doctor of Engineering Degree from Stevens Institute of Technology.

Up to 1922, he served eight years in the teaching profession, of which seven were spent at the University of Michigan in developing one of the leading Departments in Electrical Engineering; and, twelve years were devoted to engineering and executive service in the Ontario Power Co, the Niagara, Lockport and Ontario Power Co, and the Rochester Railway and Light Co.

Subsequent to 1922, his interests have been centered in his affiliations first with the Brooklyn Edison Company as Electrical Engineer for four years, Vice-President in Charge of Engineering for six years, and as President for four years and later, since 1936, with the Consolidated Edison Company of New York, as Vice President.

One of. Mr Parker's outstanding accomplishments was the comprehensive reconstruction of the Brooklyn Edison Company's electrical system. Beginning in 1922, he initiated the redesign of the transmission and distribution system and within a few years had converted it from an assortment of D-C, 2-phase and 3-phase, 25 and 60-cycle, A-C installations to a coherently planned 3-phase, 60-cycle system. This included considerable pioneer work in the development of the A-e low voltage network type of distribution system which has given service of high quality, and which, in addition, is readily adaptable to expansion with growth in load.

First as Electrical Engineer and later as Vice President in Charge of Engineering, he was responsible for much of the design and construction of what is now the world's largest steam-electric generating station - the Hudson Avenue Station in Brooklyn. His engineering work has been characterized not only by highly skilled treatment of the design, construction and operating problems, but also by careful attention to economic results and by clear vision in matters of policy. Through his many affiliations, Mr Parker has been an energetic influence for sound progress in the engineering profession and in the utility industry, as well as in related fields of education, economics and civic affairs.

At the time of the Consolidated Edison System's reorganization of both corporate structure and personnel, Mr Parker became, in 1936, Vice President of the parent company, in charge of technical development and research. Activities under his direction are a combination of economic research, physical and chemical research, and fundamental engineering surveys affecting the long range development of all branches of the business.

(Copied from Mr. John C. Parker, Record of his Contributions to the AIEE, to Education and to Industry, dated January 10th, 1938)