In "The Personnel Program of JACK & HEINTZ" author Roswell Ward describes what led up to the meeting between Bill Jack and Ralph Heintz in 1940.

But, in October 1940, due to excessive demands by the local Machinists' Union in California, despite Jack having been a business manager for the same Union for almost 20 years, a strike was called.  After neither side could meet half way, JAHCO packed up and moved the workers, their families and production equipment back to the Cleveland area. 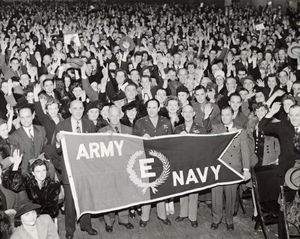 A crowd of 10,000 celebrate the awarding of the Army-Navy Production (or "E") Award to Jack and Heintz Company on December 23, 1942. The military handed out these awards to over 4000 companies during World War II to encourage the fast and efficient production of war materials.

Then, in 1988 after some financial problems, LSI was acquired by Britain's Lucas Aerospace Industries for $32.2M and is now operating as Lucas Aerospace Power Equipment Division in Twinsburg, OH. 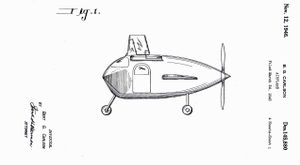