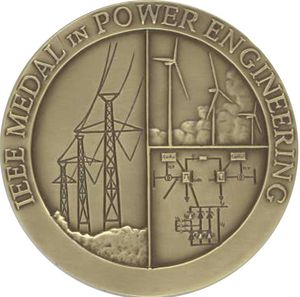 The IEEE Medal in Power Engineering was established in August 2008 and is presented annually to an individual deemed to have made outstanding contributions to technology associated with the generation, transmission, distribution, application, and utilization of electric power for the betterment of society.