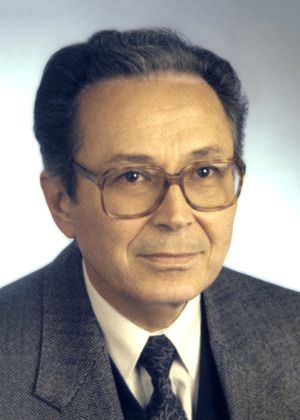 Muzaffer Canay was born on 2nd September 1928 in Turkey and grew up close to the Sea of Marmara at the foot of the Uludag mountain range. He studied electrical engineering at the Technical University Istanbul and obtained his Bachelors degree in 1951 and his Masters in 1954, both with top grades. In 1953 the university had mediated a vacation job with the Maschinenfabrik Oerlikon MFO in Zurich, Switzerland, which was complemented the following year by a three-month internship. This resulted in his passion for the theory of electrical machines being spurred on by a renowned mentor. In 1956 Canay, as a young engineer, returned to Switzerland, this time to BBC in Baden, and then, after two years of military service in his homeland, he again returned to BBC where in 1959 he joined the department for research and development of electrical machines. In the same year Muzaffer married his Swiss fiancé Melanie Wirth. Lecturing activities in 1961/62 led to the electrical engineering chair in Istanbul. Afterwards, he continued his career with BBC – with an upward trend in responsibility and position uninterrupted until his retirement in 1993.

BBC, later ABB, offered I.M. Canay the ideal working environment in the field of electrical machines and readily deployed his theory-talents for the further development of its technology. The main machines involved were hydro-generators, turbine-generators and large synchronous motors, in particular their dynamic behavior under extraordinary operating conditions. Every study assignment entrusted to the calm and reliable thinker Canay was motivation for new horizons. He himself questioned the limits for calculation processes. He achieved a huge success with his investigation «Extended equivalent circuits of the synchronous machine and predetermination of its characteristic quantities». In 1968 he presented this work as an external dissertation for his PhD degree at the Ecole Polytechnique de l’Université de Lausanne thus continuing the heritage of his former mentor Theodor Laible Dr. h.c. of the MFO in a worthy manner. A wealth of theoretical projects were to follow – technically valuable and scientifically top-ranking many of which were presented and published – the majority of almost 70 articles appeared as IEEE papers. The hallmark of his work was that the theoretical key findings were always substantiated by tests on large generators and motors in the company’s own test bay or in the users’ plants. To promote young talents Canay repeatedly held special lectures at the Swiss Federal Institute of Technology Zurich for advanced students and engineers.

Dr. I.M. Canay received numerous awards for his achievements: in 1972 it was the Sebastian-Ziani-de-Ferranti Premium presented in England, in 1975 it was the Fondation George Montefiore Prix in Belgium, 1990 the Heinrich Hertz Preis from the Badenwerk Foundation awarded at the University of Karlsruhe, Germany. In addition he received the PES Working Group Award for his participation in developing the new IEEE Standard 115-1995 „IEEE Test Procedures for Synchronous Machines“. He also received an honorable mention in the book «Ingenieure bauen die Schweiz» („Engineers building Switzerland“), published by the NZZ Mediengruppe in Zurich, Switzerland in 2013. But his greatest recognition of all is that the extended equivalent circuits of the synchronous machine suggested by him have been adopted by almost all international experts.

Dr. I.M. Canay passed away on 3rd March 2017, he was 88 years old. A large funeral congregation paid their last respects in the Reformed Church in Birr (Canton Aargau, Switzerland). Among those present were many professional colleagues and friends, especially employees and ex-employees from the factory in Birr, the original motor and generator manufacturing facility of the Brown Boveri Cie. (BBC). It was primarily here that I.M. Canay carried out his work as a research and development engineer for electrical machines.

Dr. I.M. Canay is survived by his wife, two daughters and three grandsons. Mourning with his family is also a grateful international electro-technical community.