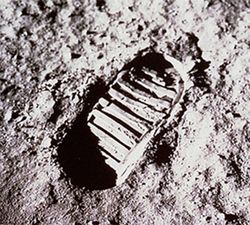 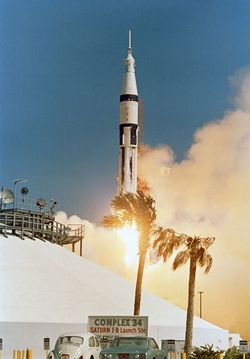 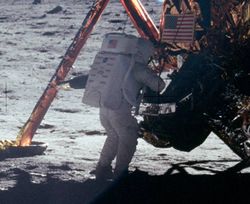 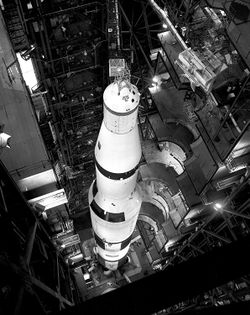 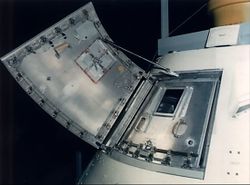 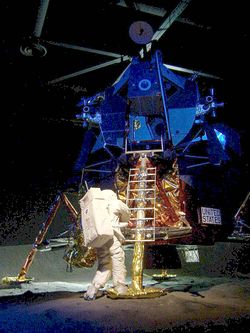 This is the 13th Lunar Module built, and was originally intended for the Apollo 18 mission, which was cancelled. It is on display in the Cradle of Aviation Museum at Mitchel Field, Garden City, NY. 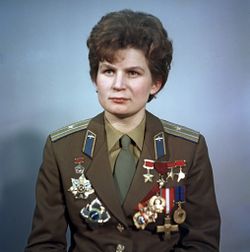 Valentina Tereshkova, 1969, the first woman to have flown in space 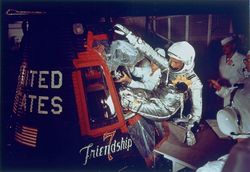 Astronaut John Glenn, Jr., as he enters into the spacecraft Friendship 7 prior to MA-6 launch operations at Launch Complex 14, February 20, 1962. Astronaut Glenn is entering his spacecraft to begin the first American manned Earth orbital mission

In 2019, IEEE is celebrating the contributions technologists in its fields of interest made to human space travel.

If you know of materials that should be added to these pages such as Oral histories, First-Hand Histories, Journal or Conference papers, etc. please contact Robert Colburn at the IEEE History Center r.colburn at ieee.org