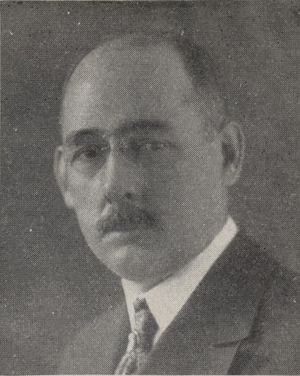 Harry Alvin Kidder was Superintendent of Motive Power of the Interborough Rapid Transit Company of New York City. He was born in Cambridge, Massachusetts, March 24, 1874. After having operated for several years a number of small steam plants in New York City, he entered the Testing Department of the General Electric Company in 1903.

He was elected an Associate of the AIEE in 1906, was transferred to the grade of Member in 1921, and has served the Institute in many capacities, including membership in the following committees: Power Generation, Headquarters, Standards, Executive, Finance, Coordination of Institute Activities, Edison Medal, Transportation, U. S. National Committee, I. E. C., and Special Committees on Institute Prizes, Technical Activities, and Contacts with the Public. He was a member of the first nine committees named and Chairman of the Finance Committee. He has been a Director since 1925, and was Chairman of the New York Section during the year 1925-26. He has been Chairman of the Winter Convention Committee and has served as a member of that Committee several times.