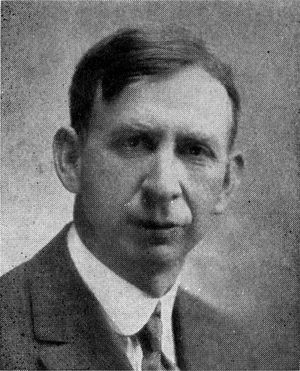 Fred C. Hanker was born in 1880 in Toledo, IL, and graduated in 1902 from Purdue University, with a B.S. in electrical engineering. After graduation, he was employed by the Westinghouse Electric and Manufacturing Company. In 1909, he became assistant to Benjamin G. Lamme, was placed in charge of power station design for the general engineering department in 1914, and was promoted to manager of Central Station Engineering in 1926. Hanker served as a director of the AIEE from 1929-31.