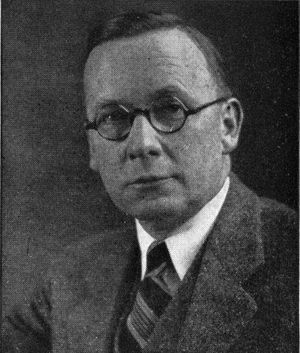 Frank W. Peek, Jr., was born in 1881 and graduated from Stanford University in 1905. He received a Masters degree from Union College in 1911. He became employed by General Electric in 1905 in Schenectady. In 1916, Peek was transferred to Pittsfield from Schenectady to investigate lightning, and constructed several machines. In 1928, his machines reached a discharge capacity of five million volts, and in 1931 built a machine with a capacity of ten million volts, at the time the highest controlled voltage ever built. In 1930, Peek became the chief engineer of the Pittsfield works of General Electric. He was awarded the Levy gold medal by the Franklin Institute of Philadelphia. This award, founded by Louis Edward Levy, was given Mr. Peek in recognition of his paper presented a year ago before the institute on “High-Voltage Phenomena.” Peek was awarded nineteen patents, was a AIEE Fellow, served as the AIEE Pittsfield Section chair in 1920, and served as an AIEE director from 1930-33.