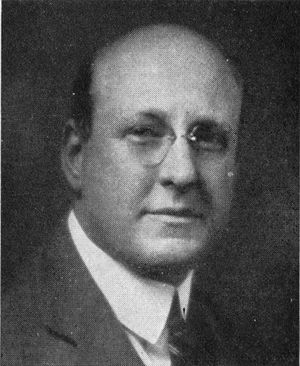 Francis J. Chesterman was born on February 19th, 1884 at Taunton, MA. He attended the Massachussetts Institute of Technology, where he received an electrical engineering degree. In 1905 be was employed by AT&T at Boston under George Campbell, where he did work on transmission. In June 1907 he was transferred to the engineering department of New York Telephone Company and 1908 was division plant engineer of the Manhattan, Bronx and West Chester division, and in 1912 became plant superintendent of the Central Division, headquartered in Syracuse. Chesterman was later the Chief Engineer of the Bell Telephone Company of Pennsylvania, and was elected president of the Bell Telephone Company of Pennsylvania in 1947, after serving as vice-president of operations since 1941. Chesterman was also president of the Engineers' Society of Western Pennsylvania in 1940.