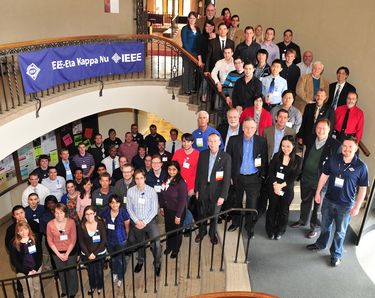 HKN: Promoting the Profession since 1904. 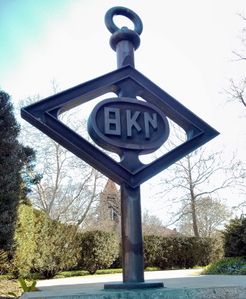 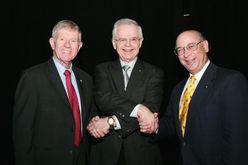 The second century of Eta Kappa Nu has a continued emphasis on the original vision, but the program and structure have been modified.  Its signature activities have been revised including special attention on service and student conferences.  It has formalized a relationship within IEEE as an organizational unit in which HKN is now IEEE-HKN and is governed by the IEEE-HKN Board of Governors.  The merger agree was signed on 14 February 2009 and it went into effect on 1 September 2010. A restricted endowment was created in the IEEE Foundation to support HKN’s educational, societal, and recognition activities. As a result of the 2010 merger, chapters are being chartered internationally and membership eligibility is expanded to IEEE fields of interest.  The headquarters was moved to IEEE, Piscataway, NJ USA. 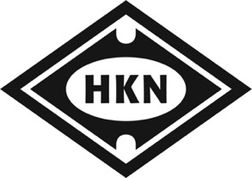 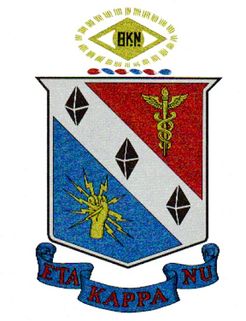 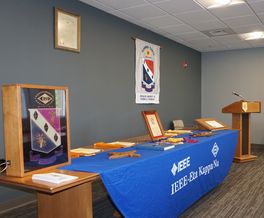 IEEE-Eta Kappa Nu membership is an honor-society recognition and is by qualification, election, and induction.  Any collegiate chapter may conduct the membership process for undergraduates, graduate students, and professional members. Minimum scholastic or professional qualifications are defined.  A chapter may set higher scholastic or career qualifications and will evaluate the character and attitude qualifications locally.  An alumni chapter or the Board of Governors may conduct a membership process for professional members.  The chapter designation for members inducted by the Board of Governors directly is the Eta Chapter. During the induction ceremony, new members commit themselves to the ideals of HKN. 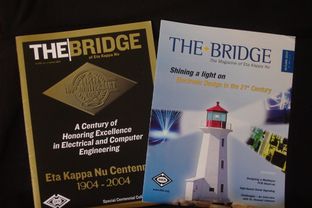 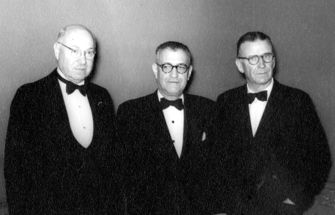 The first three Eminent Members were inducted by Eta Kappa Nu president Robin Beach. They were Vannevar Bush, Royal W. Sorensen, and Vladimir K. Zworykin. Assisting in the ceremony were Zerby, F. E. Sanford, E. B. Kurtz, T. W. Williams, and Eric T. B. Gross. The inductees were escorted by C. F. Dalziel, Everett M. Strong, and Eric T. B. Gross. An account of the event appeared in the March, 1950 issue of The Bridge.