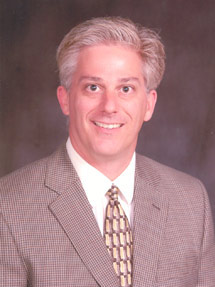 The individual works of Paul Backes (distributed and remote operations), Eric T. Baumgartner (manipulator control) and Larry Matthies (navigation systems) have advanced robotic technology, particularly rover operations, and made possible the scientific exploration of Mars. The three played individual roles in the overall integration of robotic technology used in space flight systems, particularly the Mars Exploration Rover (MER) mission Spirit and Opportunity rovers. The rovers are designed to carryout complex tasks safely, while exhibiting human-like qualities such as awareness, cognition and judgment. The contributions of Backes, Baumgartner and Matthies have broad significance to the robotics field in both terrestrial and space applications and have been widely cited in robotics literature.

Dr. Baumgartner contributed to the MER project as the lead systems, test and operations engineer for the MER Instrument Positioning System. This system was responsible for the robotic deployment and placement of four in-situ, or “in place,” instruments onto the Martian surface using a five degree-of-freedom robotic arm. Dr. Baumgartner also served as the project element manager responsible for the development of the robotic sampling system on the next flight rover, the Mars Science Laboratory rover. He has published numerous papers and has received several awards for his work on the MER project. Currently, he is the dean of the T. J. Smull College of Engineering at Ohio Northern University in Ada, Ohio. He holds a bachelor’s of science degree in aerospace engineering from the University of Notre Dame, Ind., a master’s in aerospace engineering from the University of Cincinnati, Ohio, and a Ph.D. in mechanical engineering from the University of Notre Dame.