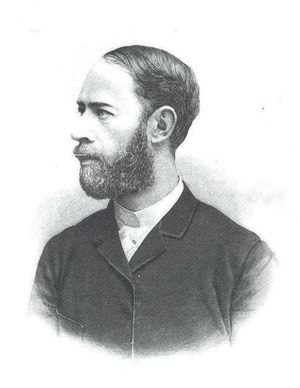 In 1888, Heinrich Hertz, in Karlsruhe, published his experimental validations of Maxwell's equations and forced a conceptual revolution in European theoretical physicists by showing that electromagnetic effects propagate at a finite speed. He also discovered the existence of radio waves.

Beginning in the middle of the nineteenth century, Scottish physicist James Clerk Maxwell developed twenty equations that described how electromagnetism worked, which have since been simplified into four basic formulas. The first equation illustrates the electric force field surrounding the distribution of electrical charge. The second shows how magnetic field lines curl to form closed loops. The third and four equations show how electric and magnetic fields interact with one another to produce an electromagnetic wave.

Heinrich Hertz, born to a wealthy Hamburg family, earned a doctorate in physics at the unusually young age of 23. Only a few years later, in 1886, he began to research electromagnetic waves, testing Maxwell’s theories, which had gained little traction in continental Europe.

Hertz’s experiments showed that the electromagnetic effects that Maxwell had identified propagated at a finite speed. They were not simply instantaneous forces. Hertz developed techniques for measuring the wavelength and velocity of electromagnetic waves and described their reflection and refraction. In the process, he discovered the existence of radio waves and determined that they behaved like light.

Hertz’s oscillator was composed of two rods to serve as a receiver and a spark gap as a receiving antennae. When the antennae picked up a radio wave, a spark would jump. Hertz found that these signals had the properties of electromagnetic waves. These radio waves had the same velocity as light.