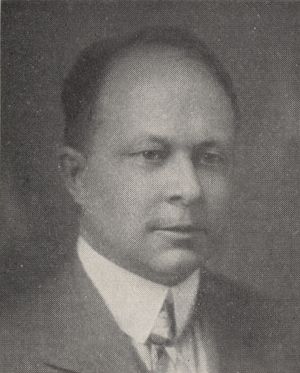 Edmund C. Stone was born in Charlestown, N. H., on December 8, 1882. He was graduated from Harvard University, receiving the degree of A. B. in 1904 and of S. B. in 1905. On leaving college Mr. Stone became an engineering apprentice at the works of the Westinghouse Electric & Manufacturing Company, East Pittsburgh, PA, in 1905, and in the following year received an appointment as Designing Engineer in the Transformer Division of the Engineering Department.

In 1913 he organized the System Operating Department of the Duquesne Light Company and remained System Operator until 1919, at which time he was appointed Assistant to the General Manager. In 1922 he was made Planning Engineer in charge of planning the physical development of the power system.

Mr. Stone has been active in AIEE work. He was chairman of the Pittsburgh Section in 1922-23 and has been a Director since 1925, this term expiring in 1829. He has served as Chairman of the Protective Devices Committee, Chairman of the Standards Subcommittee of the Electrical Machinery Committee and as a member of other Institute Committees as follows: Executive, Automatic Stations, Power Transmission and Distribution, Special Committee on Technical Activities, Meetings and Papers, Power Generation, General Power Applications, and Law, being still a member of the last three. He has been on the Advisory Engineering Staff of the International Electrotechnical Commission for several years.

In 1925-26 Mr. Stone was Chairman of the Electrical Apparatus Committee, N.E.L.Α., and, since July, 1927, has been Chairman of the Engineering National Section of the N.E.L.A. He has also contributed three important papers, dealing respectively with parallel operation of power plants, methods of power system grounding, and oil circuit breaker design and performance, to the TRANSACTIONS of the Institute.

Mr. Stone has been on the faculty of the School of Business Administration of the University of Pittsburgh and conducted a series of courses on the economics of public utilities. In 1927 he was appointed graduate lecturer in the Sheffield Scientific School of Yale University.