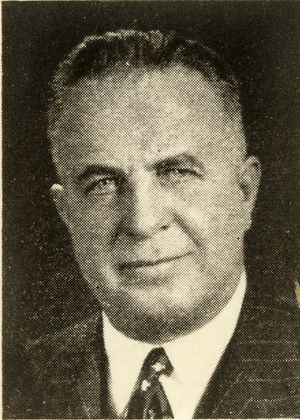 Donald Ivan Bohn was born on November 29, 1896, in Chicago and graduated from the University of Wisconsin in 1921 with the degree of bachelor of science in electrical engineering. For two years following his graduation, Mr. Bohn was associated with the General Electric Company. Then, in 1923 he became assistant electrical superintendent at Aluminum Company of America and was subsequently appointed electrical superintendent (1926); assistant chief electrical engineer (1928); and in 1946 Mr. Bohn was made chief electrical engineer. He wrote many technical articles and had many patents to his credit. Mr. Bohn carried on original research in the field of electric resistance welding of aluminum and designed and developed one of the first spot welders, coordinating application of pressure and energy. Mr. Bohn was in charge of the first large installation of mercury arc rectifiers in the industry in the United States. He was a consultant in the design of eight aluminum reduction plants, totaling 1,500,000 kw, built by the Aluminum Company of America for the United States Government during World War II.

Mr. Bohn was a member of the Association of the Iron and Steel Engineers. In 1950 he received the Lamme Medal of the American Institute of Electrical Engineers (AIEE, now IEEE) “for his pioneering development and application of electrical equipment for controlling rectifying systems in the production of aluminum." Mr. Bohn died in 1971 in Asheville, NC.